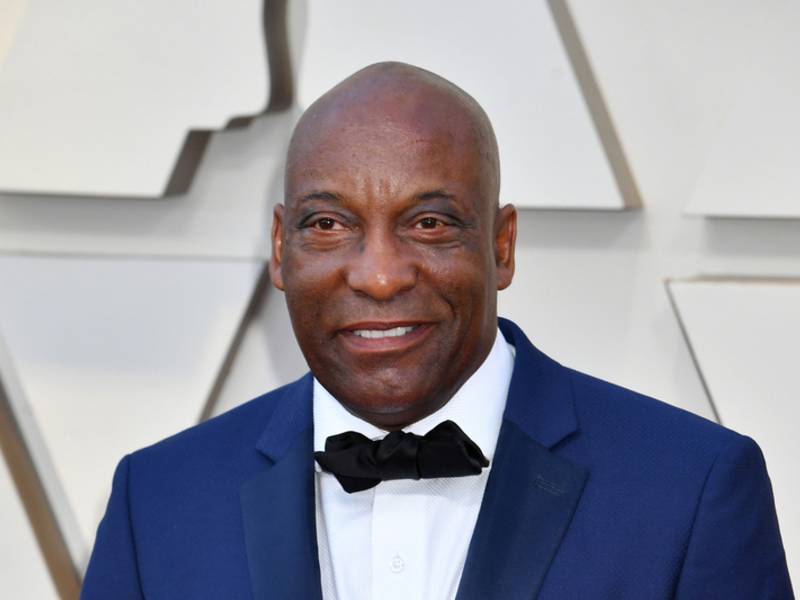 John Singleton Passes Away At 51

Celebrated director John Singleton has officially passed away after his family decided to take him off life support on Monday (April 29).

TMZ reports Singleton — the first African-American nominated for an Academy Award for Best Director — died “peacefully, surrounded by his family and friends.”

The Boyz n the Hood director suffered a stroke 12 days ago after returning from Costa Rica. He was experiencing problems with his legs, so he decided to check himself in at Cedars-Sinai Medical Center in Los Angeles, where he suffered a stroke in his hospital room on April 17.

Singleton’s family revealed he used to kayak every morning in Marina del Rey and truly had a zest for life.

“We who have grown up with John, made movies with him, sailed with John and laughed with John, know the universe of calm and creativity he created for so many,” they added. “Now in the wake of his death, we must navigate the storm without him. It is, for us, heartbreaking.”

John Singleton’s family has reportedly decided to take the famed director off life support. According to TMZ, they made the “agonizing decision” on Monday (April 29).

Singleton suffered a massive stroke earlier this month while at Cedars-Sinai Medical Center in Los Angeles and has been in a medically-induced coma ever since.

The family released a joint statement that reads as follows: “It is with heavy hearts we announce that our beloved son, father and friend, John Daniel Singleton will be taken off life support today. This was an agonizing decision, one that our family made, over a number of days, with the careful counsel of John’s doctors.”

Goodbye Costa Rica… one of my new favorite places in the world…. so much to see so little time…

The family also revealed the mastermind behind films such as Boyz n the Hood and Poetic Justice “quietly struggled with hypertensions. More than 40 percent of African-American men and women have high blood pressure, which also develops earlier in life and is usually more severe.”

[This article has been updated. The original version was published on April 25, 2019 and can be found below.]

According to TMZ, the 51-year-old Los Angeles native had just returned from Costa Rica and was experiencing some trouble with his legs. While at the hospital last Wednesday (April 17), he had a serious stroke in his room and went into a coma.

His family reportedly downplayed the severity of the stroke and categorized it as “mild.” However, the Boyz n the Hood mastermind was still in the Intensive Care Unit as of last week.

Legal docs state Singleton’s mother, Shiela Ward, wants a judge to appoint her as his temporary conservator because he’s “unable to properly provide for his personal needs for physical health, food, clothing or shelter.”

Singleton was nominated for an Academy Award for the aforementioned 1991 classic. His other films include Poetic Justice starring Janet Jackson and Tupac Shakur and Higher Learning.