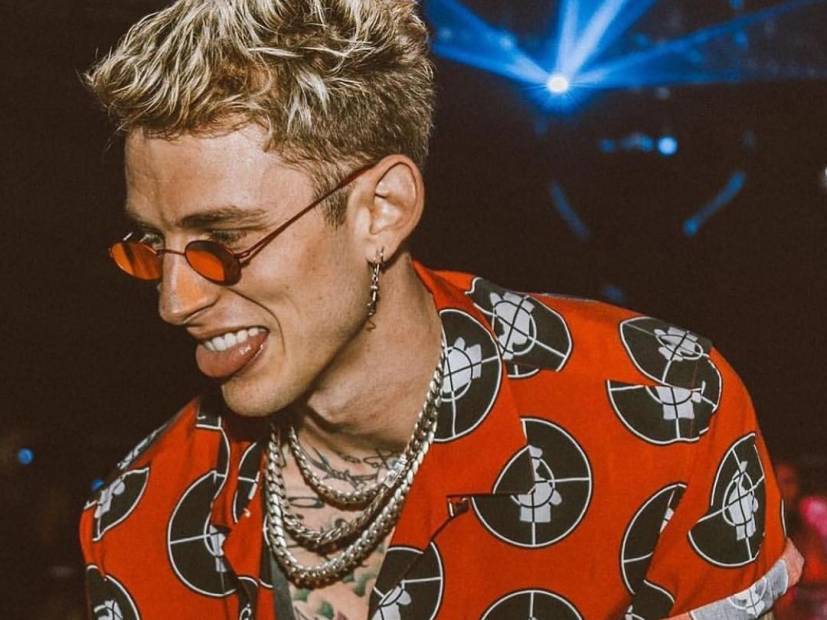 Instead of an impromptu performance of “Wild Boy” and other various MGK slaps, Davidson’s BFF dished out a five-minute serving of jokes.

Apparently, a bet between Davidson and the Cleveland-bred artist is what led to him trying his hand at comedy. For the wager, the SNL actor told Kelly that if he took off his shirt at his 29th birthday party, then he’d have to do a comedy set at his upcoming show.

MGK was unable to combat the urge to go bare-chested and lost the bet.

Sources tell The Blast that MGK “was actually hilarious.” They were also able to obtain footage of MGK making his way to the stage even though the general rules at Flappers (and most comedy clubs in Hollywood) include no phone recordings.

Lately, Kelly has been making a way for himself in the acting world. He recently played accomplished drummer Tommy Lee in the Mötley Crüe biopic The Dirt on Netflix and last year, he played the role of “Felix” in Netflix’s viral original Bird Box with Sandra Bullock.

Perhaps a rapping-musical comedy flick with Davidson could be next?

For now, expect to catch MGK on his Hotel Diablo tour, which kicks off in May in support of his forthcoming album of the same name.

Watch a clip of MGK at Pete Davidson’s comedy show below.