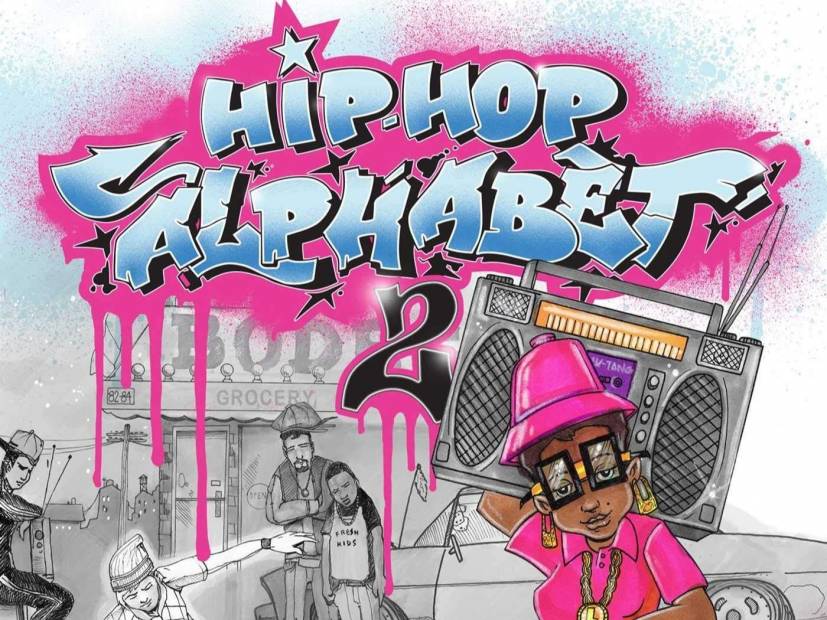 The original pressing of the children’s book boasted kid-friendly rhymes and graffiti-style drawings using the 26 letters of the alphabet to help educate kids about classic and contemporary icons while exploring all elements of Hip Hop culture.

The follow-up takes a similar approach, but this time artists such as Ice-T, Missy Elliott, EPMD, Fat Joe and Grandmaster Flash are represented.

“The importance of rap in today’s culture still remains,” Ice tells HipHopDX. “Hip Hop is a culture of its own, created in New York by kids using music, dance and art as a way to find self-importance in a ghetto environment.

“Although the masses have often tried to discredit rap, to do it well requires a vocabulary, knowledge and an understanding of poetry. Also, most raps are handwritten by the artist; sadly, another soon to be lost skill.”

Ice, who has a 3-year-old daughter named Chanel, has the book in his collection as well. He recognizes the importance of incorporating music with learning.

“The alphabet is often the first thing you learn as a child,” he says. “My daughter is three, and she’s been reciting the alphabet for at least a year, usually doing so using the same melody as ‘Twinkle Twinkle Little Star.’ Rap and song are clearly both valuable tools for memorizing and learning. Enjoy Hip Hop Alphabet 2. I’m proud to be ‘I’ for Ice-T!”

As with the last one, the new book is written Howie Abrams and illustrated by legendary artist Kaves. Abrams was blown away by how successful the first installment was, so he wanted to do another one.

“Kaves and I were almost caught off guard by the incredible reception to our first book, Hip-Hop Alphabet,” Abrams tells DX. “It sold out everywhere in less than 12 months, and we’re excited to see that it’s finally being re-printed. So many parents reached out to let us know how the book helped them bond with their children through Hip Hop, which was the reason we created it in the first place.

“And a number of the artists we featured got in touch too to let us know how much they appreciated being in there. Then, of course, we loved hearing that Cardi B. received a copy at her baby shower.”

With Hip Hop Alphabet 2, Abrams made sure to incorporate more women into the mix to provide a more balanced overview of Hip Hop’s contributors.

“We’re really excited for people to see the new book, Hip-Hop Alphabet 2,” Abrams says. “We highlighted some incredible artists — from our favorite OGs to some of the great modern rappers. We also made an effort to incorporate more of the ladies this time around. You’ll see Salt-N-Pepa, Missy Elliott, Lauryn Hill … there’s even a fly b-girl on the book’s cover.”

As with the last book, Abrams is donating a portion of the proceeds to the Jam Master Jay Foundation For Music, which he calls “a tremendous organization.”

Hip Hop Alphabet 2 is expected to arrive on May 14. Pre-orders are available here.