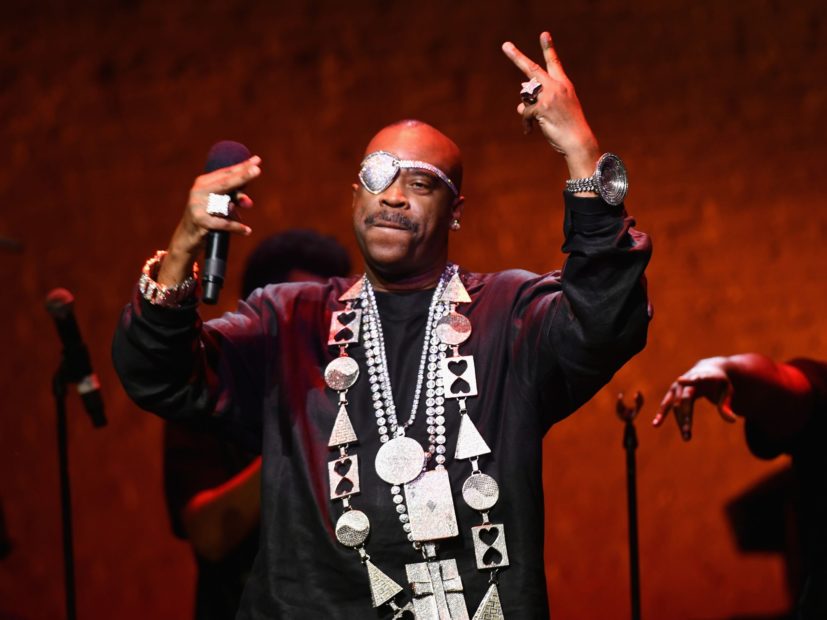 The inimitable Slick Rick is celebrating the 30-year anniversary of his iconic single, “Children’s Story.”

Taken from the British-born MC’s debut album, 1988’s The Great Adventures of Slick Rick, the song tells the tale of a young man’s troubles with the law that eventually leads to his demise. Toward the end of the track, the unruly teenager loses his life after being shot by police.

“He was only seventeen, in a madman’s dream/The cops shot the kid, I still hear him scream,” he raps. “This ain’t funny so don’t ya dare laugh/Just another case ’bout the wrong path/Straight ‘n narrow or yo’ soul gets cast/Goodnight.”

Not only did “Children’s Story” mark a breakthrough moment in Hip Hop storytelling, it was also a hit. Upon its release, it landed in the Top 5 on the R&B and Rap charts.

Ironically, “Children’s Story” borrows from just one song — Bob James’ 1974 cut “Nautilus” — but has been sampled, covered or interpolated over 600 times, making Rick The Ruler one of the most sampled artists in Hip Hop — ever.

Eminem and Dr. Dre sampled it for 1999’s “Bad Guys Always Die,” while Nas and Kanye West used it for “Cop Shot The Kid” off 2018’s NASIR — and that’s just scratching the surface. Black Star, Everlast, Tricky, The Game and Black Rob have all done their own versions of the song.

Shortly after the “Children’s Story” release, Slick Rick’s mother hired his first cousin Mark Plummer to act as his bodyguard. By 1990, he realized Plummer had been trying to extort money from him, so he fired him.

As retaliation, Plummer threatened to kill the rapper and his mother. After finding bullet holes in his front door, Slick Rick bought guns for protection. On July 3, 1990, he spotted his cousin in his neighborhood, and fired off at least four shots. One bullet hit Plummer and another caught a bystander in the foot, although their injuries weren’t life-threatening.

Although Slick called it an act of self-defense, he eventually pleaded guilty to two counts of attempted murder and other charges, including assault, use of a firearm and criminal possession of a weapon.

Russell Simmons ultimately bailed him out and Slick Rick went on to release The Ruler Is Back in 1991.

He spent a total of five years in prison — two for the then-second-degree attempted-murder charges he received for the shooting and three for his struggle with the Immigration and Naturalization Services over his residency in the U.S.

To this day, “Children’s Story” consistently pops up in other Hip Hop songs. Just this week, Epic Beard Men — the motley duo of indie rap staples Sage Francis and B. Dolan — paid homage to the song with their new video “Pistol Dave” featuring Slug.

A special deluxe version of The Great Adventures of Slick Rick — which was executive produced by Rick Rubin — arrives on April 26. Pre-orders are available here.