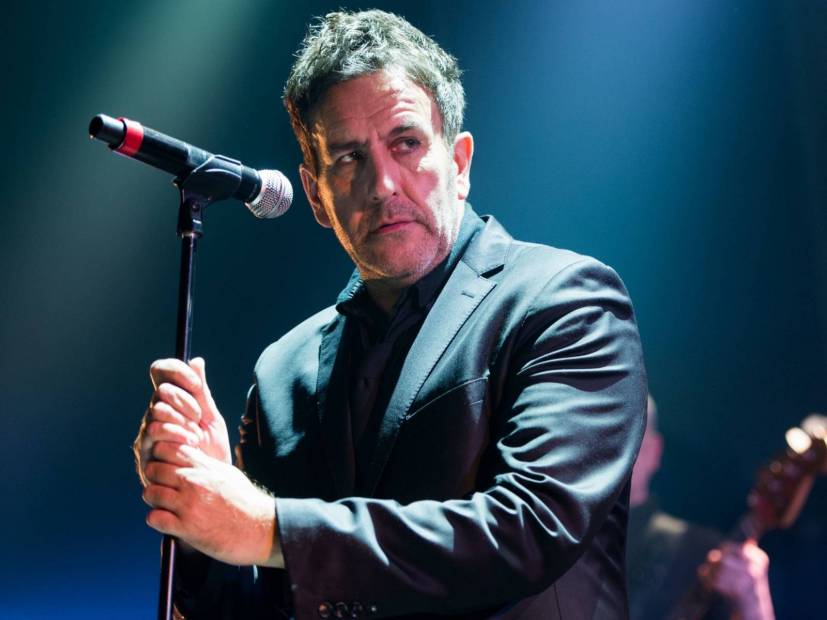 The Specials' Terry Hall On The Elusive Tricky & Performing With D12

Of course, Hip Hop was built on a foundation of a variety of musical genres. Before it exploded in New York City back in the 1970s, a form of rapping had already existed in Jamaica called toasting.

Ska, which also originated in Jamaica in the late 1950s, served as the precursor to reggae and rocksteady music. When DJ Kool Herc emigrated from Kingston to the Bronx, he brought toasting with him and was undeniably instrumental in establishing Hip Hop culture as we know it. In many ways, reggae, ska and Hip Hop are all a branch on the same musical family tree.

Naturally, it was only a matter of time before Hall would collaborate with Hip Hop artists – in particular D12 and the elusive Tricky.

“The D12 was with Gorillaz,” Hall tells HipHopDX. “We did a track sort of independently. They did some recording with Damon Albarn in New York and then I added a vocal in London.

“Then we performed the song in New York with Gorillaz. It was just a bit crazy. It was just like there was so many people on stage. Nobody really knew what was going on, but it was really funny. It was minor chaos, it really was.”

Hall’s relationship with Tricky is a bit more involved. In 1996, they collaborated on the British MC’s Nearly God album with singer Martina Topley-Bird.

“With Tricky, we became friends a long time ago and he always cited the first Specials albums as one of his favorite albums,” he explains. “So when we got together, we worked on a project called Nearly God with him and Martina, and we just made a good record. It was really great.”

Tricky’s admiration for The Specials stretches back to the group’s debut album, 1979’s The Specials. Their inaugural album spawned classics such as “A Message To You Rudy” and “Monkey Man.” According to Hall, there’s a strong possibility he and Tricky will be making more music together in the near future.

“I really love Tricky,” he says. “I feel akin to him because he’s a real outsider. He finds it very difficult to deal with press and the media business and stuff. But he can’t stop doing what he does. I’m actually getting together with him. He lives in Berlin now and we’re playing in Berlin in a few weeks so I’m going to get together with him. We talked about doing a bit more together, which would be great.”

After several lineup changes, breakups and makeups, The Specials released their first album in 19 years last month. Titled Encore, the album shot to No. 1 on the U.K. charts, securing the legendary group’s first number one album since their inception.