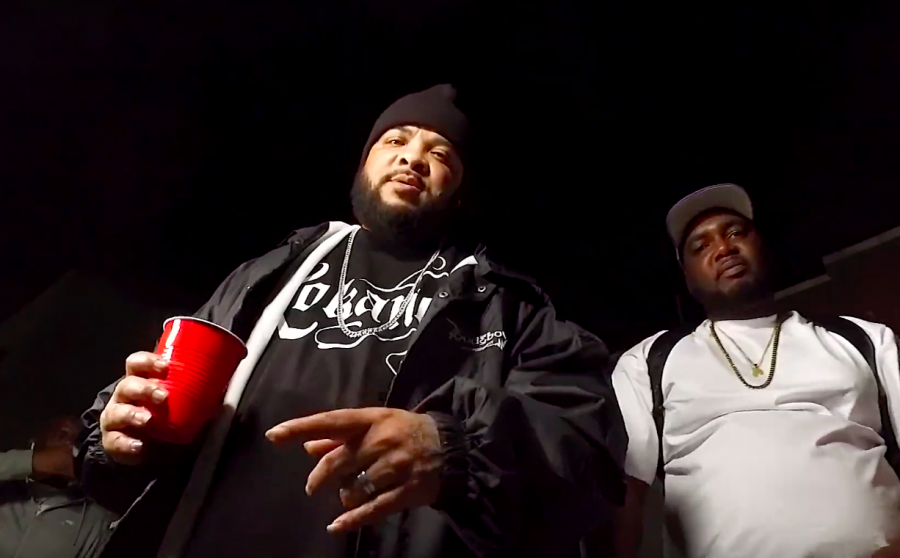 HipHopDX Premiere – West Coast gangsta rap vet Kokane — the self-proclaimed most featured artist in the world — is back with another collaboration. This time, it’s with up and comer YD The Vet and fellow rapper Nucczilla for the video “Straight Locco.”

Directed by Prolific Scum, the visual finds Kokane, YD, Nucczilla and their crew in their element — from working at the studio to kicking it on the block.

“I’m taking the lil homie under my wing,” Kokane tells HipHopDX. “He hard as fuck and he the hottest shit coming out of Pomona from the youngsters. He already been on tour with Snoop a year back.” Raised on the south side of Pomona, California, YD was born into gang culture and learned about the “survival of the fittest” concept at an early age. His father was the founder of South Side Village Crips (SSVC), which essentially forced YD to adopt his father’s gangster lifestyle.

At the same time, YD had a love and passion for rapping and music, especially fellow Pomona artists Above The Law, Kokane and Suga Free.

After serving five years in prison and fighting a murder case, it was eventually dropped and he was released.

YD has another single on the way featuring MC Eiht. Until then, check out the “Straight Locco” video above.