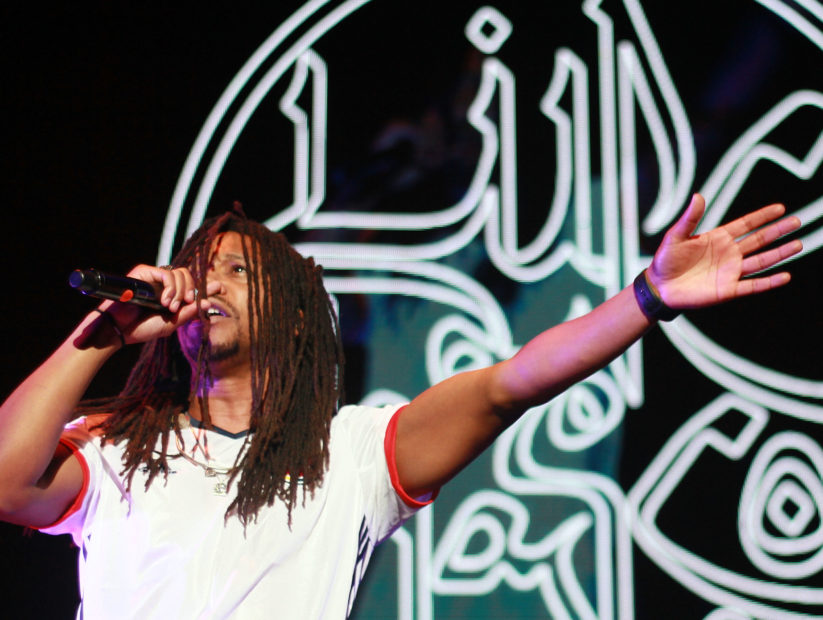 In a new interview with VIBE, Lupe Fiasco says that although his Obama comments earned him some shunning in the music industry, they ultimately helped him “level up” by opening new doors.

The Drogas Wave rapper notes his latest environmental endeavor as a door opened. He started working with Zero Mass, a company that uses solar panel technology to create drinkable water, through the Aspen Institute, an opportunity that came only after he expressed his views.

“When me and Obama had our situation, people stopped picking up the phone and kind of stepped back,” he says. “That door closes, but the door that opens up is something like the Aspen Institute or the CEO of Heineken, and now these are my friends.”

These new friends are the ones Lupe is making music for. His last album, Drogas Wave, centered around the concept of Longchains, who are former slaves that live under the ocean and sink slave ships.

While it peaked at only No. 60 on the Billboard 200 and made HipHopDX’s Most Disappointing Rap Albums of 2018, Lupe says the album was his way of defining himself.

“It doesn’t matter if I sell a million records, I’m cool selling five records. But I am going to sell five records to the five most powerful people in the world and then we are gonna go out and partner and change things,” he says.

Lupe is currently working on his next (and possibly last) album Skulls. Although he’s sitting on music, he says he’s not “rushing” to get back into the game and wants to maintain focus on his environmental efforts.