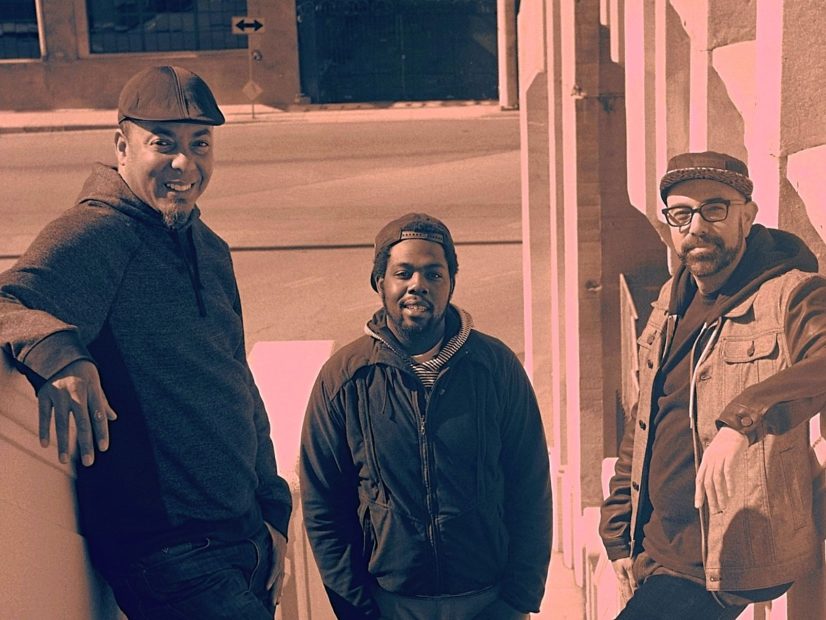 Boasting seven tracks, the project includes the previously released single “Hands Up” and demonstrates the individual strengths of each member. Nu-Mark is a titan on the turntables, Slimkid3 delivers his bars with the precision of the veteran MC he is and Austin brings the excitement of a fresh voice.

“We made it official with Austin Antoine because our whole thing was we were trying to create a super group,” Slimkid3 told HipHopDX last month. “We didn’t have all the parts yet. What wound up happening is, Austin Antoine and I did a song called ‘Double Lief.’ It’s on YouTube. It’s a really dope song. It’s produced by LA Jay, who is one of my production partners for a lot of Pharcyde stuff like ‘She Said’ and ‘Otha Fish.’

“He’s my right-hand-man. He’s my ears when I can’t hear. Man, he’s the one. He’s the one, man. Seriously. He fine tunes everything. He’s good. He’s the best production chef that a man could have, really. He brought on Austin Antoine, LA Jay did. And then, I brought Austin to Nu-Mark and that sealed the deal because Austin is just a beast. He’s just amazing. He’s a super beast.

Nu-Mark recognized the instant chemistry and made it clear there’s more to come.

“Once Tre, myself and Austin started to create, the ideas, beats and concepts seemed to be endless,” he tells DX. “We scraped about eight to nine solid joints, turning this futuristic/nostalgic LP to a potent EP. We still have an abundance of material and expressions to share.”

The project also features Guilty Simpson and Dillon Cooper. It officially arrives on all streaming platforms this Friday (February 15).

Check out the EP stream, cover art and tracklist below.