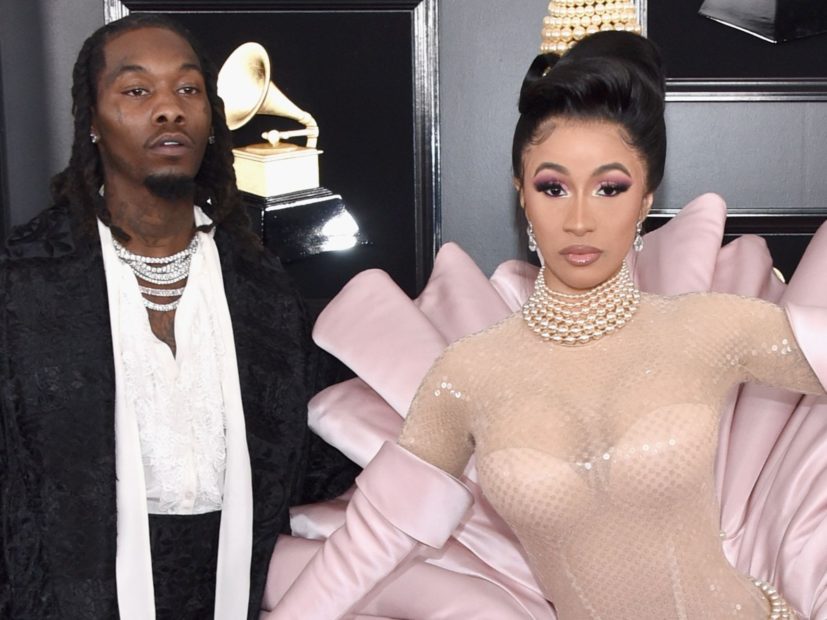 Los Angeles, CA – Cardi B was noticeably elated on Sunday night (February 10) when she walked away from the Staples Center with a Grammy Award for Best Rap Album.

But shortly after her history-making win, her Instagram comments lit up with critics who believed the honor should’ve gone to one of her fellow nominees. Several people suggested the late Mac Miller, Pusha T, Nipsey Hussle or Travis Scott were much more deserving.

As a result, Cardi went on an expletive-filled rant blasting her haters before completely deleting her account.

“It’s not my style for people to put other people down to uplift somebody else,” she said. “That’s my not my style and that’s not what I’m with and I don’t support that. However, I’ve been taking a lot of shit today. I’m seeing a lot of bullshit today and I saw a lot of shit last night and I’m sick of this shit. I worked hard from my muthafuckin’ album.

“I remember last year when I didn’t win for ‘Bodak Yellow’ and everybody was like, ‘Cardi got snubbed.’ Now this year’s a fucking problem?! My album went two-time platinum, my nigga, and every chart that there was, my album was always Top 10. Number one album, as well.”

Cardi B reveals that she does not support BET’s aim at Nicki Minaj and defends herself from haters discrediting her #GRAMMYs win. pic.twitter.com/ZA1nKoiuUO

As Cardi continued, her emotions intensified as she talked about all she went through to create Invasion of Privacy while pregnant with her daughter Kulture.

I locked myself in the studio for three months, my nigga,” she said. “Didn’t went to sleep in my bed sometimes for four days straight — pregnant — while everybody was harassing me like, ‘You’re not gonna do it, we know you pregnant, your career’s over.”

The move follows BET’s apology to Nicki Minaj after the network fired off derogatory tweet aimed at Black Barbie. BET shared a story congratulating Cardi on her win and at the top wrote, “Meanwhile, Nicki Minaj is getting dragged by her lacefront.”

Needless to say, it didn’t go over well with Nicki who promptly pulled out of her co-headlining set during BET Experience weekend in Los Angeles this June.