Dame Dash Explains Why He Ended Up In R. Kelly's "Fiesta" Video 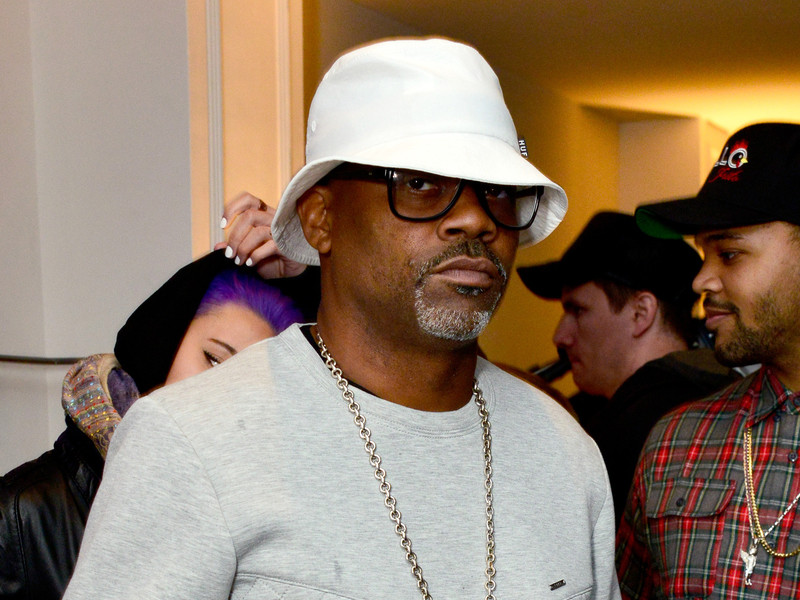 Getty Images for WE tv/Jerod Harris
1

Dame Dash and his former Roc-A-Fella days have been a consistent topic of discussion this week in the wake of his interview with Nick Cannon. It stirred up a lot of memories involving the late Aaliyah, JAY-Z, R. Kelly and, of course, Dash.

During the interview, Dash recalled his silent protest of Kelly and explained how he tried to distance himself from the R&B star after evidence of his disturbing behavior around women started to surface.

But Dash found himself on the defense after Memphis Bleek suggested he was more involved with Kelly and JAY-Z’s joint project Best Of Both Worlds than he led on.

“Everyone knows I fuck with Dame Dash, this is my guy, Roc-A-Fella history,” Bleek said during his D’Usse Friday podcast. “But somebody gotta tell him, he’s buggin’. You buggin. And then you gonna really say, you wasn’t there with niggas? You was opposed to it? You fucking lying.”

Several people noted Dash appeared in Kelly’s 2000 video for “Fiesta” — but Dash has a perfectly good reason for that. In an interview with Hip Hop Motivators, he said he only agreed to be in the video because of his then-girlfriend, Aaliyah.

“I really am not on the Best of Both Worlds,” he says around the 5-minute mark. “I didn’t go to a show. I didn’t have my name on any of that. I was in ‘Fiesta,’ but only because Aaliyah said she wanted me to do it that way.'”

As a result of Dash’s one-on-one with Cannon, an interview accusing the Roc-A-Fella co-founder of trying to steal Beyoncé from her current husband Hov has also resurfaced.

The label’s former in-house videographer Choke No Joke said Dash tried to pull a jack move on both Beyoncé and Aaliyah back in the day.

“I mean nothing happened like he kissed or sexed her or something like that,” Choke said. “Did he try to holler at her? Yeah. That’s the same thing he did with Aaliyah. We all know there was a point at Roc-A-Fella where Dame wasn’t allowed around Beyoncé. Everybody that worked there at that time knew […] because he was a creep.”

The messy love triangles and JAY-Z’s alliance with Kelly are allegedly partly to blame for Roc-A-Fella’s dissolution.