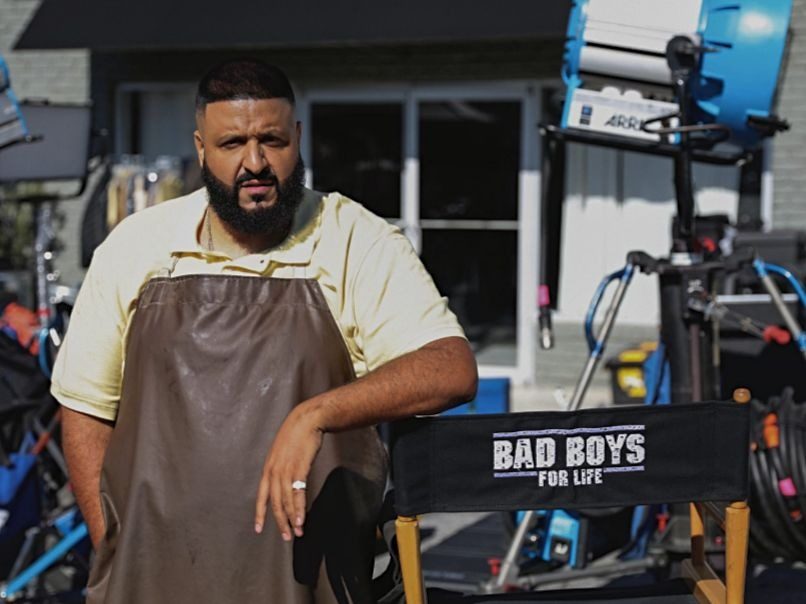 Atlanta, GA – As filming for Bad Boys For Life gets underway in Atlanta, DJ Khaled has just revealed he’s been cast in the film alongside Will Smith and Martin Lawrence. The celebrated producer made the announcement via Twitter on Tuesday (January 15).

“Blessed to announce that I will be joining @willsmith and @realmartymar in the cast of @BadBoys #BadBoysForLife movie,” Khaled wrote. “May I remind you, it’s only Jan 15th, 2019. Y’all have no idea what’s coming. I’m coming for the Oscars!! God Is The Greatest!!!”

Smith and Lawrence both shared Instagram photos anticipating the first day of shooting. They mentioned they’d revisited Bad Boys and Bad Boys II over the weekend to prep.

“First Day of Shooting tomorrow!” Smith wrote on Sunday (January 13). “We watched @BadBoys 1 & 2 together over the weekend. It’s about to be KRAZY! #badboysforlife.”

Lawrence shared the same photo and wrote in the caption, “Had the chance to watch Bad Boys 1 & 2 with my boy @willsmith before we start shooting this week! So many good memories on that screen and so many more to come! #teammartymar #badboysforlife #letsgettowork.”

First Day of Shooting tomorrow! We watched @BadBoys 1 & 2 together over the weekend. It’s about to be KRAZY! #badboysforlife ?: @jas

Khaled’s acting background isn’t anything extensive, but he has made appearances in films such as 2002’s Shottas and 2017’s Spiderman: Homecoming. He’s also starred in several television commercials, including a Weight Watchers campaign.