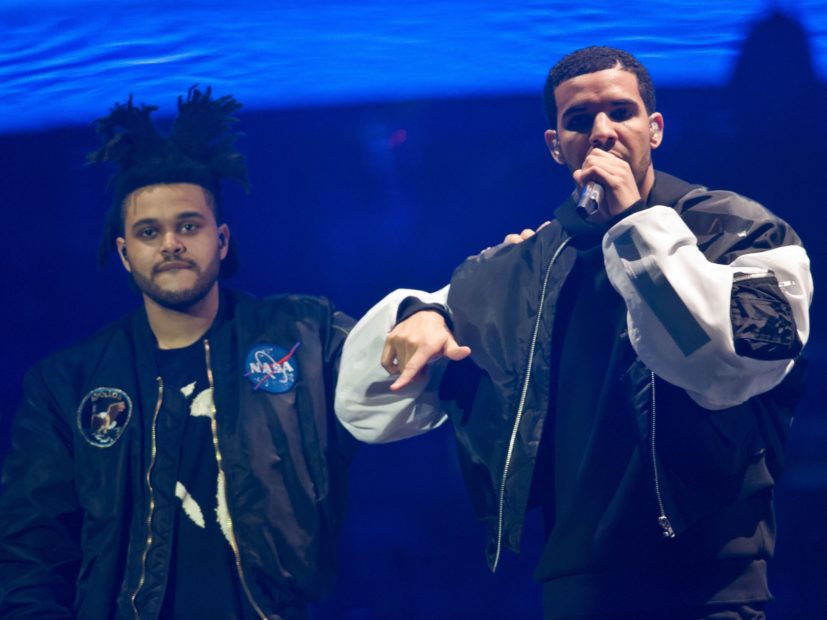 Twitter was up in arms earlier this week after The Weeknd unleashed a new collaborative single with Gesaffelstein called “Lost In The Fire.” There’s a line in the song that many people believe is a clear shot at Drake.

“I just want a baby with the right one/‘Cause I would never be the one to hide one,” The Weeknd sings.

Pusha T exposed Drake’s “secret son” in “The Story of Adidon” diss track released last May. As a result, Drake fessed up to having the child on the Scorpion track “March 14” and has since made an effort to have his son in his life.

Check out Twitter’s reactions to the perceived diss below.

OVOXO fans listening to The Weeknd dragging Drake for his secret baby in Lost in the Fire pic.twitter.com/rCt88dYEDq

Wait a minute…….. did The Weeknd just diss Drake?! But I thought y’all were friends?! pic.twitter.com/QnrVFIi8rN

That drake diss in lost in the fire ? #TheWeeknd pic.twitter.com/5F7X2oYUvf

Did you guys really think the weeknd wasn’t going to diss drake on a track after drake wrote a whole song (finesse) about trying to date bella hadid behind his back after their break lol okkkk pic.twitter.com/NPKPae1HtC

Me listening to The Weeknd diss Drake pic.twitter.com/KbpWE6nc7Q

@theweeknd @Drake DID YOU TWO FORGET THIS?? Y'ALL ARE SUPPOSED TO BE THE OVOXO FAM, BROTHERS DAWG! KEEP ME OUTTA THIS BEEF Y'ALL ???????? #LostInTheFire pic.twitter.com/0EnX7eON2h

WHY IS @theweeknd CALLING OUT @Drake on #LostInTheFire??? ????‍♀️ pic.twitter.com/iUSZaABJSv