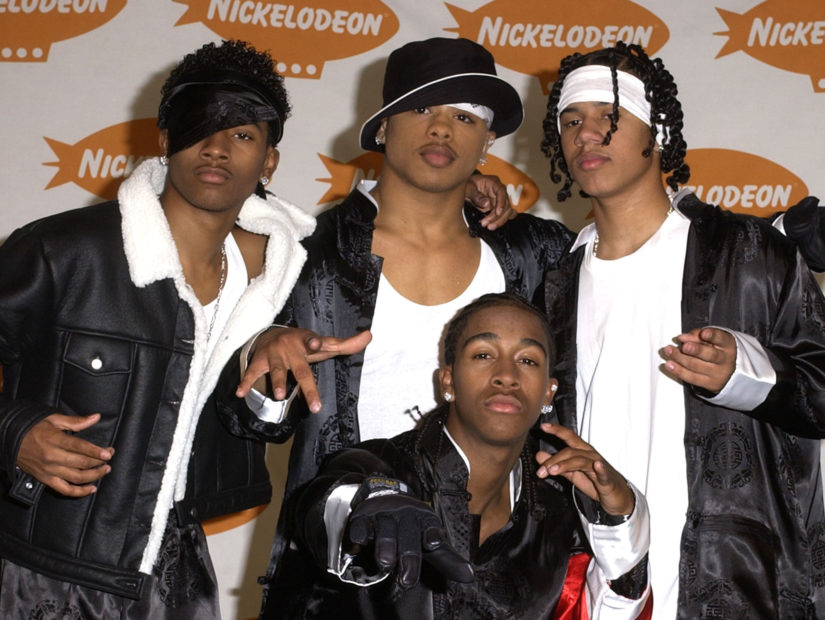 As of press time, the 25-city tour will commence on March 8 in Pittsburgh and wrap on April 28 in Louisville, KY. Aside from the 2000s boy band stepping onto the stage, similar past 106 & Park favs such as Ying Yang Twins, Chingy and Bobby V are also expected to perform at every stop.

Tickets for The Millennium Tour will available on January 4 at www.gsquaredevents.com while using the presale code: BUMP.

[This post has been updated. The following was originally published on Dec. 22, 2018.]

Get ready to re-live early 2000s teeny-bopper madness because Omarion, Lil Fizz, J-Boog and Raz B are reuniting as B2K for The Millennium Tour in 2019.

It will be the first show O, Fizz, Boog and Raz perform together since their surprise break-up in 2004.

In 2001, the quartet broke into mainstream success with the release of their Hot 100 hit “Uh Huh” and No. 1 self-titled album B2K. During their three-year run, the teen heartthrob group landed four top 40 hits and gave the world the cult classic film You Got Served.

Since the break-up, B2K’s lead singer Omarion has gone on to have a successful solo career of his own. He earned two No. 1 albums, as well as the multi-platinum selling hit, “Post To Be” featuring Chris Brown and Jhene Aiko in 2014.

B2K reuniting is a topic that Omarion has often shied away from. When asked if the group would ever get back together in an exclusive interview with HipHopDX from 2017, O left zero hope.

“Lord willing,” O hesitantly added. “If it can be done the correct way, the proper way — Lord willing.”

Dates for The Millennium Tour will be announced New Year’s Eve and tickets are scheduled to go on sale January 4, 2019 through G-Squared Events.