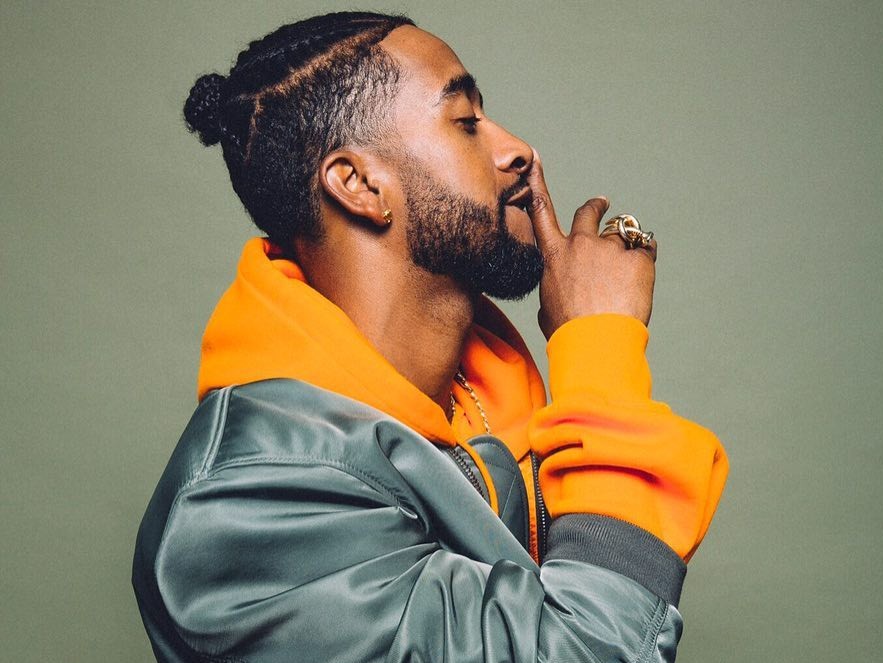 Omarion Unveils Motivation For Leveling Up

Los Angeles, CA – Omarion has been in the music business since he was a teenager. The former B2K member has taken all of his life lessons and packed it into his next musical endeavor, Reasons. Although it doesn’t have a release date (yet), O promises it will be released soon, leaving it up to the fans and music lovers to connect with his songs.

Enveloped within a successful and long-standing career, the MMG-signed singer’s fifth album aims to be spiritually enlightening and he says it’s his most important album yet.

“That’s a powerful number,” Omarion explains to HipHopDX. “As far as the music business goes, I shouldn’t be here. I shouldn’t have ‘Post To Be’ and shouldn’t be 3x Platinum. The number ‘5,’ being the number of my album and titled Reasons, and all the different things I’ve learned over the years, it’s like this is an important album for me.”

Despite Reasons being complete with no release date in sight, Omarion continues to push his music to the masses when he can, releasing quality music videos and teasers while fans wait on the label to make its move.

“As far as the album being done, it’s mixed and mastered,” he says. “Sounds lit, okay? But this is the record business, so business is complicated. I’m hoping over the next, whatever time, that I have the opportunity to put the album out. But I will be honest with you, I really just want the right opportunity to be able to put the album out and for it to be appreciated. I’ll give you this example and that is, when we put out ‘Post To Be,’ it was like the end of 2014. We dropped it and it literally took six months in order for it to gain any type of traction. So, it’s really up to the fans. The power is really in they hands.”

Two previously released songs off the forthcoming album — “BDYONME” and “Distance” — were followed up by “Word 4 Word,” a song about self-discovery and everything else in between. It’s a theme Omarion consistently explores.

The visual for “W4W,” shot as a short film in Tokyo, takes on a certain aesthetic value set in Eastern philosophy. Everything O learned from being a kid in the music business to now brought him to this very moment, where he was able take on the role as an editor for his own music video.

“Everything just makes sense for me now creatively that I am able to share with my fans something that they’ve never gotten from me — a more personal side, more in-depth,” he says. “If you’re looking, watching and listening, it’s all there. The information about me is all there. I think it’s really a reflection. I think we are all a reflection of one another. I think that’s what I really want people to understand about my art is that it’s my connection to you. It’s my connection to the person walking down the street. It’s what brings us together. I really just hope that people appreciate it and understand what it’s for.”

“When I had kids, it shifted the purpose,” he says. “It gave me more purpose and it invigorated the process. It invigorated me as an artist to just level up and the hours are looking crazy. When I really think about it, I was really on tour as a kid with Solange and Destiny’s Child — in London. You feel me? I was 16. I’m here now, two kids later, and still excited about creating and making music and performing and connecting with people. You know everyone is going to tune in to the award show, but what are they tuning in for, you feel me? What’s up? Are you entertained? I mean I love Bruno [Mars]. Bruno killed it. I started it off and put it on the wave, you know what I mean? I’m not dissing anybody or anything, but I’m challenging. I’m challenging the levels because I put my hours in so I can talk like that.”

As lead singer of multi-Platinum R&B group B2K, 16-year-old Omari Ishmael Grandberry was already showing signs of leveling up after his departure from the group. While Lil Fizz, Raz B and J-Boog wanted to part ways with their manager Chris Stokes, O chose to stay. This broke the hearts of many B2K fans across the globe. It was devastating, but O kept putting out music and setting trends after B2K. His iconic dance moves in the “Touch” video and from 2006’s “Ice Box,” which found him pounding on his chest while reciting the words, “I got a icebox where my heart used to be,” helped the Grammy Award-nominated artist to separate himself from the pack.

Omarion has had some great moments after B2K, but for B2K fans, the breakup was a surprise. The reasons behind it remained a mystery aside from the alleged sexual abuse rumors aimed at Stokes. Fans could only assume. It’s part of their past that they’ve all pretty much agreed to let go of and not talk about — except for Raz B. Raz loves living in B2K’s memory despite the reported pain it’s caused him. He even commented under a picture of Pleasure P’s recently, insinuating that a B2K reunion was in the works and the promoter wants Pretty Ricky on the bill. According to Omari, that’s not happening.

“People want to make it like New Edition and people want to make it like this connection for people versus the connection for us,” he adds. “When people see how we don’t really talk about it, it’s because it was a different connection for us. It wasn’t what it was for y’all, what it was for us. It was work for us. It was time away from our family. It was a lot of different things that was tedious for us. That’s as real as I can give to you and being honest with you. It wasn’t that for us. This ain’t no Pretty Ricky where we will link back up after. We’re not N.W.A. Look how long it took them … because it was real. If it’s going to happen, it’s just going to happen, but that’s just what it is.”

As harsh as that may sound to B2K fans, leave it up to the universe to possibly one day hear them sing “Gots Ta Be” together live in the future. “Lord willing,” O hesitantly adds. “If it can be done the correct way, the proper way — Lord willing.”

In the meantime, Omarion fans living in Australia and New Zealand have the opportunity to catch him live in concert this summer while everyone else waits for Reasons to officially drop.