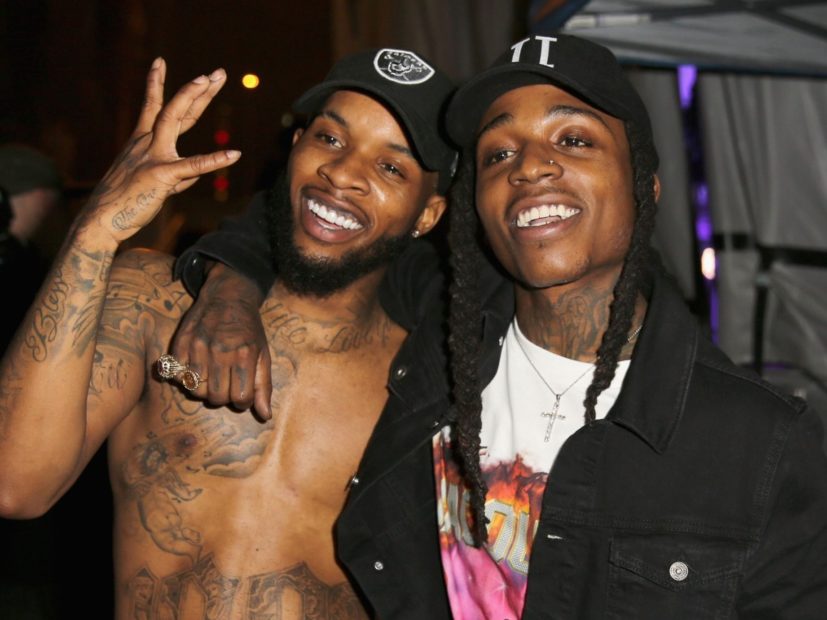 Weeks after Tory Lanez went head-to-head with Joyner Lucas to prove who’s the most talented MC, Lanez is now coming after Jacquees. This time, it appears he wants to determine who is the real King of R&B.

Back in 2016, the Lanez and Jacquees got into a heated debate about R&B and Chris Brown but ultimately squashed it.

Of course, Jacquees sparked a massive social media debate last week after he claimed to be the new King of R&B.

“I just want to let everybody know I’m the King of R&B right now — for this generation,” he said in an Instagram video. “I understand who done came and who done did that and that and that. Now, it’s my turn. Jacquees, King of R&B. I just heard ’em say it and I’ve been feeling like that. ATL, let’s get it. I’m the new King of R&B.”

Jacquees’ bold claim made its way to R. Kelly who simply posted a photo of himself sitting in a throne with a crown emoji in the caption, making his opinion loud and clear. Now, it’s evidently Lanez’s turn.