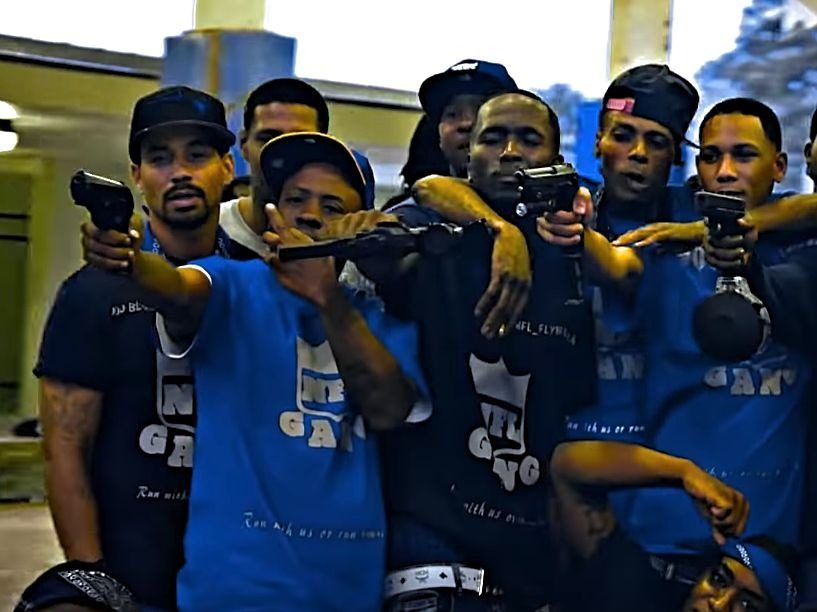 It all seemed like fun and games … until people started getting arrested. Earlier this year, Maxo Kream and NFL Cartel Bo were shooting a music video for “Hoova” that required guns for props. According to Click2Houston, several extras in the music video were known gang members and rappers who weren’t supposed to have a gun in their possession.

Police have been investigating the situation since March. When NFL Cartel Bo, Maxo and the rest of the men began filming the video at Lakewood Park, school was just being let out next door at Hillard Elementary School. In fact, some students made it into the video.

When police arrived on the scene, most of the men fled and left their weapons behind, some of which were stolen. Those with open warrants were immediately arrested.

After the video was released two months later, authorities used the visual to identify anyone holding a weapon. Subsequently, 20 men were charged with illegal use of a weapon.

NFL Cartel Bo, who is a convicted felon, was charged with illegally possessing two assault rifles and threatening a police officer. Although he was released on bond and ordered to wear an ankle monitor, police said he cut it off and has since disappeared.

Eight other gang members are also on the run. Four others were on probation or parole. As of Monday (December 10), 11 of the men are either in state or federal custody.

Check out the names of the 20 men involved in the video below.

In custody, on bond or completed: