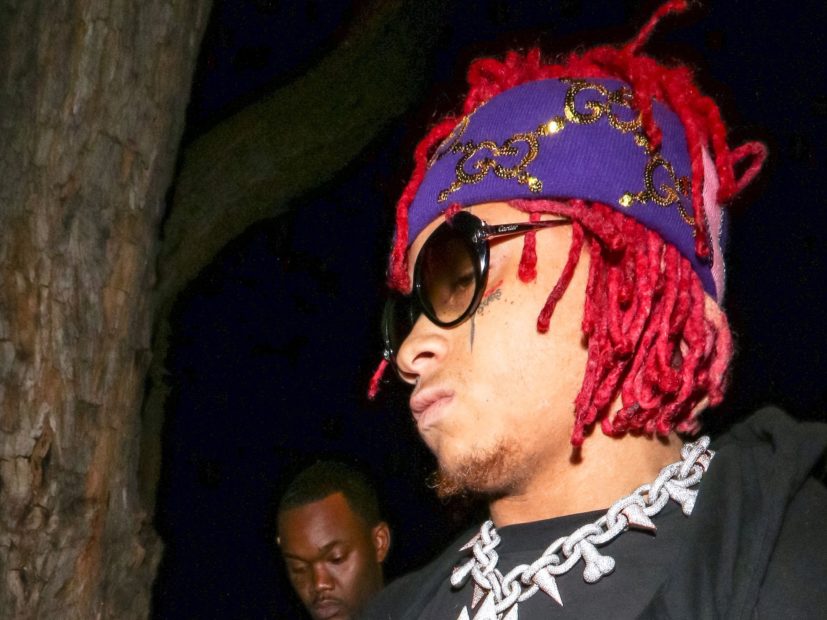 As Travis Scott’s Astroworld: Wish You Were Here Tour continues, there’s been a slight change in the lineup. Trippie Redd, who was billed as an opener on the extensive run, has dropped out of the tour citing production issues.

According to TMZ, sources say Trippie was “frustrated” with the production crew for allegedly taking too long to assemble Scott’s stage set-up and subsequently pushing Trippie’s set time back.

When I said “BIG 14 KNOWWTFGO” I meant it hoe ??‍♂️ THICCIE REDD

The Life’s A Trip architect shared the article to his Instagram account on Thursday (December 6), confirming the news.

“I LOVE MY FANS THO YOU KNOW MY ‘LIFES A TRIP’ TOUR STARTS IN LESS THAN 2 months,” he wrote in the caption. “For the time being I will be working on new music and will hopefully release something for u guys. sorry thanks for understanding.”

Trippie didn’t show up for the Detroit stop on Tuesday night (December 4) and won’t appear at the next 10 shows.

The Astroworld; Wish You Were Here Tour is expected to pick up on Saturday (December 8) in Minneapolis before heading to Omaha, Nebraska on Monday (December 10) where Scott will perform at the CHI Health Center alongside Gunna and Sheck Wes.

“Out of respect, we as a venue [CHI Health Center] would not offer any comment on the changes of this or any tour,” Metropolitan Entertainment & Convention Authority’s Director of Communications Kristyna Engdahl tells HipHopDX. “It’s simply not our place. We’re excited to have Travis Scott and all of his talented, opening acts in our facility next week.”