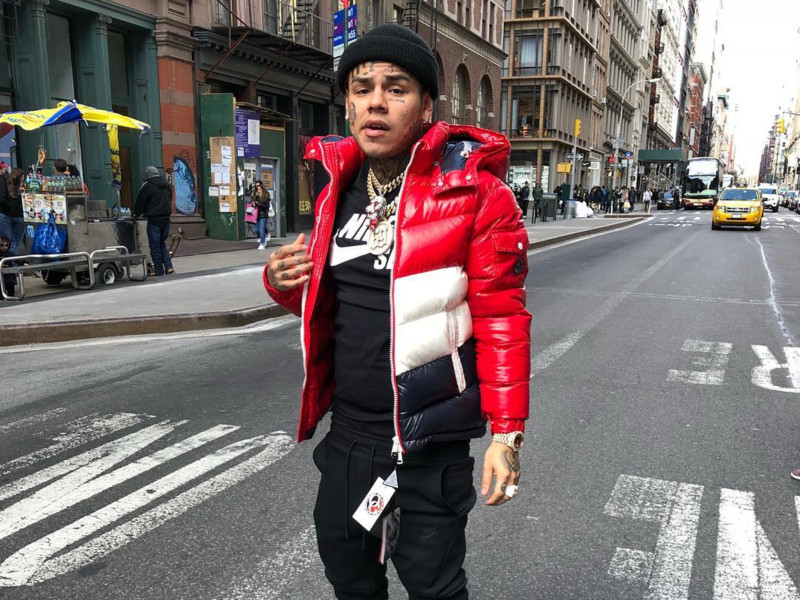 New York, NY – Tekashi 6ix9ine’s child sex case has officially been closed. According to TMZ, a judge revoked his four-year probation sentence and gave him credit for time served. The judge also said the incarcerated rapper no longer needs to complete the 1,000 hours of community service he was originally ordered to do.

Lance Lazzaro, one of 6ix9ine’s attorneys, explained because his client is currently behind bars on a federal case, they can’t enforce the terms of probation or the community service.

6ix9ine pleaded guilty to the use of a child in a sexual performance in 2015, prior to fame.

Last year, as 6ix9ine’s profile started to rise, he responded to the criticism he was receiving in relation to the case.

“I WANT ALL THE MEDIA OUTLETS TO KNOW U CAN WRITE ANYTHING U WANT ABOUT ME. THROW DIRT ON MY NAME,” he wrote in a since-deleted Instagram post. “HATE ON ME. AS YOU CAN SEE IT ONLY MADE ME WHAT U DIDNT WANT ME TO BE AND THATS AT THE TOP.”

Now, the polarizing rap figure is facing a slew of felonious charges stemming from his alleged involvement with the Nine Trey Gangsta Bloods gang. If convicted, he faces up to life in prison.

The Manhattan D.A. has offered no comment on the most recent development.