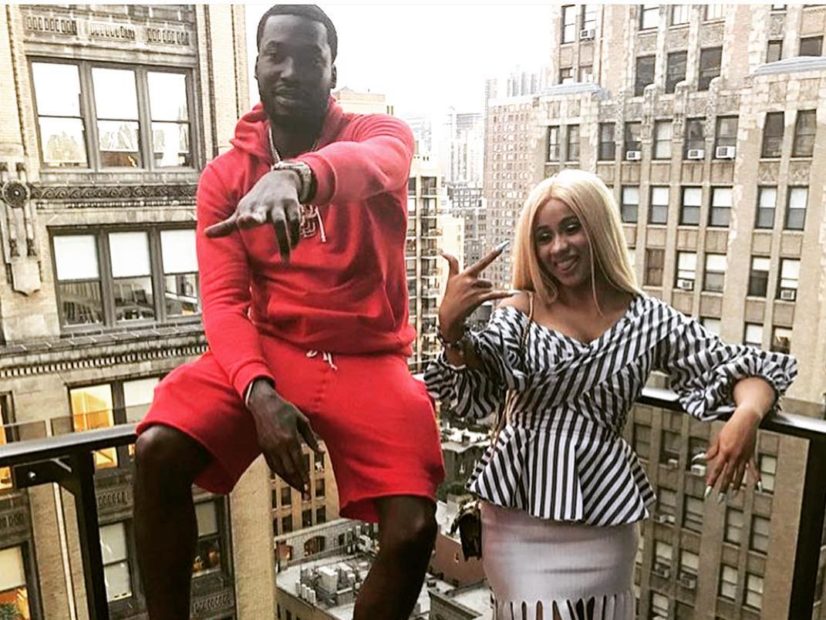 Twitter – Nicki Minaj’s ex-boyfriend Meek Mill teamed up with her foe Cardi B for his Championship cut “On Me,” and Twitter is having an absolute field day with the memes.

It was rumored that a duet from Cardi and Meek Milly was on the way as a Bangladesh production and a preview of the song made its way to the internet in October.

Some even suspect the Invasion of Privacy star is coming at Nicki on the track.

“Hit it to your face, get pores out yeah / I been hard working and humble/ Believe me, I’ve heard of the mumble,” she spits on the track. “I’m just gon’ leave it alone / ‘Cause I would put burners to bundles / Bitches are miserable, they are so typical / Hating is cheap, not my material.”

Though the two publicly announced the feud is over, it didn’t stop Minaj from using the bartenders suing Cardi in her “Good Form” video featuring Lil Wayne.

Nicki Minaj has yet to comment on Meek and Cardi’s collaboration.

Peep a few of Twitter’s hilarious reactions to the Meek Mill and Cardi B “On Me” duet below.

Nicki Minaj testified in court for meek mill and then he came out and featured cardi b on a track?????? ???? men r trash

Nicki Minaj somewhere out there losing her damn mind ??? https://t.co/wn85tUrawH

Meek got two bangers with Cardi and Drake…
Nicki at home: pic.twitter.com/BaLtdm3agT

Nicki when she hears the Cardi B feature on Meek Mill new album pic.twitter.com/LnY99kxpKE