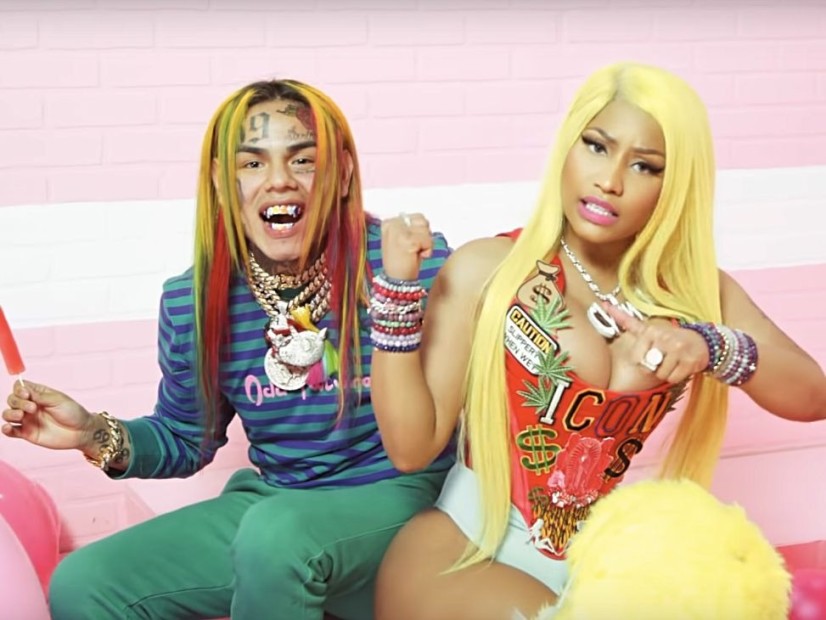 Despite Tekashi 6ix9ine’s current incarceration, the polarizing rapper officially released his debut album Dummy Boy on Tuesday (November 27). The drop came only a few days after the entire project was leaked online.

On the track “MAMA” featuring Nicki Minaj and Kanye West, 6ix9ine spits a line that apparently caught the Fashion Nova clothing brand off guard. Prior to the album’s release, 6ix9ine reportedly inked a six-figure deal with the company to weave their name into a song.

According to TMZ, Fashion Nova paid 6ix9ine up front — in full. It appeared to be a done deal when a preview clip of “MAMA” surfaced featuring the correct line but he appeared to switch it up shortly before the album was finalized.

6ix9ine was about to film the “MAMA” video with Nicki and ‘Ye in Beverly Hills when the shoot was interrupted by gunfire. The Fashion Nova brand was initially going to be included in the visual but the shooting brought things to a halt. Now, with 6ix9ine behind bars, it’s unlikely it will ever happen.

TMZ says Nicki was furious Fashion Nova was part of the track because her nemesis Cardi B is working on a new clothing line with the brand. So, she pulled rank and asked 6ix9ine to cut it. Evidently, he bowed down to the Queen.

So far, Fashion Nova hasn’t demanded money back (yet).