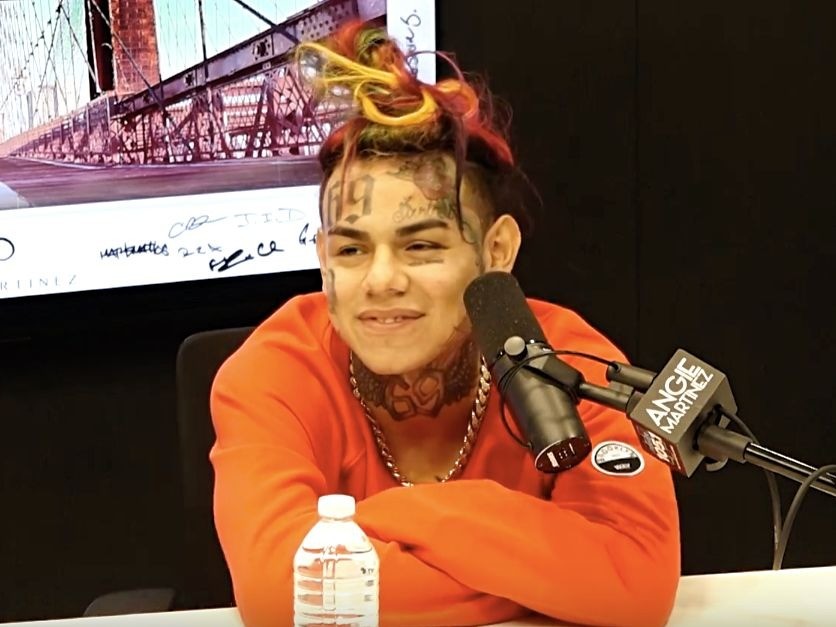 As promised, Tekashi 6ix9ine has released the official version of his debut album Dummy Boy following the leak. 6ix9ine’s team made the announcement via Instagram shortly after 1 p.m. PT on Tuesday (November 27).

“DUMMY BOY IS OUT NOW ON ALL STREAMING PLATFORMS,” the caption reads in all caps. “ENJOY AND SHARE WIT ALL YA DIRTY ASS FRIENDS. THIS SHIT ALL HITS I PROMISE. 1M for 1M.”

DUMMY BOY IS OUT NOW ON ALL STREAMING PLATFORMS ???⚠️⚠️⚠️‼️‼️‼️ ENJOY AND SHARE WIT ALL YA DIRTY ASS FRIENDS ??⚠️⚠️????THIS SHIT ALL HITS I PROMISE -management

Tekashi 6ix9ine may be locked up but that’s not stopping him from promoting his debut album. After Dummy Boy was leaked over the weekend, the incarcerated rapper has apparently made the decision to give it an official release on Tuesday (November 27), according to a Twitter post from DJ Akademiks.

“Tekashi 6ix9ine album ‘DUMMY BOY’ will be officially released in a few hours to all major outlets,” the statement reads. “This is the decision of Tekashi himself who despite being disappointed about its leak & current situation wants his fans to enjoy his music. He says he loves and misses his fans.”

EXCLUSIVE: In a few hours #tekashi69 “DUMMY BOY” album will be released. He has instructed his label to release it on his behalf and tho he is disappointed about his current situation and the leak of the project he wants his fans to enjoy his album that he worked hard on. He also loves and misses his fans. Via @iamakademiks

6ix9ine is currently being held at a New York City jail after he and four of his ex-crew members were indicted on 17 charges, including racketeering, conspiracy and violent crime in aid of racketeering. The polarizing Brooklyn native was in court on Monday (November 26) where his trial was set for September 4, 2019. So far, bail has been denied.