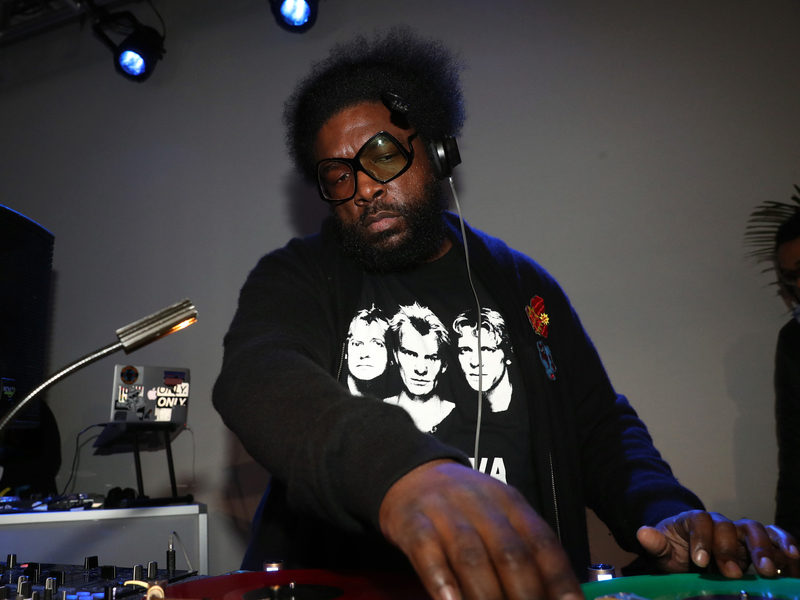 Fans attending Michelle Obama’s Becoming book tour will also get to enjoy the music curation of Questlove. The Roots drummer has put together a three-volume playlist titled The Michelle Obama Musiaqualogy for the former First Lady’s tour, which began on November 13.

“Like a lot of people, I connect many of my memories with the songs and melodies I was listening to at the time,” Obama told Billboard. “From the jazz and Stevie Wonder of my childhood, to Prince and Earth, Wind & Fire as I came into my own as an adult, to Beyoncé, Janelle Monáe, and so many others who provided the stirring backbeats of my time in the White House — music has always been a defining part of who I’ve become.”

She added, “That’s why I’m so thankful to Questlove for curating these playlists and infusing them with his signature style. Life’s a little better when we live it to Questlove’s beat.”

Fans unable to attend Obama’s events are in luck too. The three-part playlist has also been made available on Spotify and Pandora.

The Questlove-curated soundtrack includes classic soul music from the likes of Curtis Mayfield and Aretha Franklin, jazz selections from legends such as Ella Fitzgerald and John Coltrane, and Billboard chart-toppers from Michael Jackson and David Bowie.

Hip Hop also has a heavy presence on the playlist with cuts ranging from Kurtis Blow’s “The Breaks” to Wu-Tang Clan’s “Triumph.” DOOM, A Tribe Called Quest, Lauryn Hill, JAY-Z and The Clipse are among the other artists selected by Questlove.

Listen to the Michelle Obama Musiaqualogy Vol. 1-3 below.