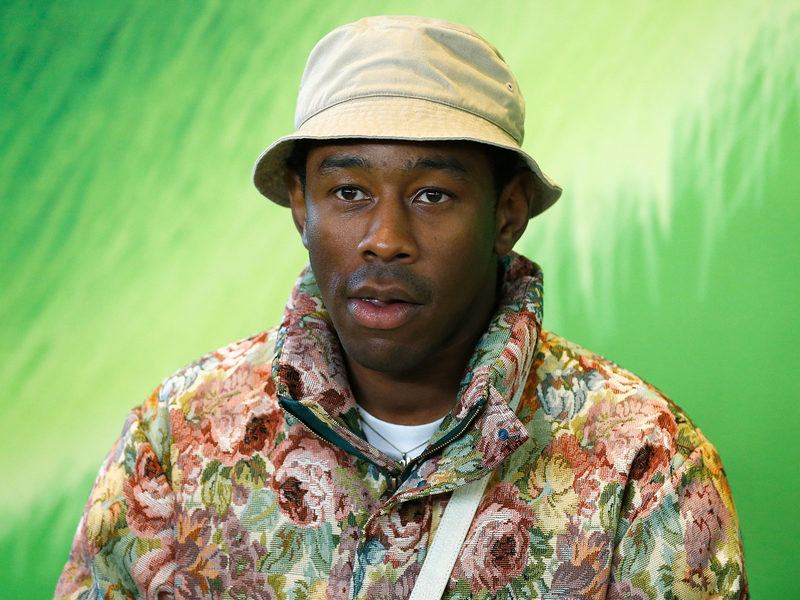 Tyler The Creator put a new spin on a Christmas classic when he remade “You’re A Mean One, Mr. Grinch.” To follow it up, he has created some holiday-themed sneakers with the help of Converse.

The Odd Future founder has unveiled new Converse Golf Le Fleur sneakers in the style of The Grinch. The shoes feature a fuzzy green material reminiscent of Dr. Seuss’ iconic character and The Grinch’s eyes on the heel.

The Grinch-style shoes coincide with Tyler’s musical contributions to the latest adaptation of the children’s story How the Grinch Stole Christmas! Tyler teamed up with Emmy Award-winning composer Danny Elfman to create an updated version of the theme song for the newly released film, which is simply titled The Grinch.

Tyler and Converse’s latest collaboration continues a relationship that began last year. The acclaimed rapper/producer has released multiple iterations of his Golf Le Fleur sneakers with the company, including a “burlap” sneaker that goes on sale this Thursday (November 15).

No release date for the Grinch-themed Converse sneakers has been announced as of Wednesday (November 14).

Check out the shoes above and listen to Tyler’s soundtrack contributions to The Grinch below.