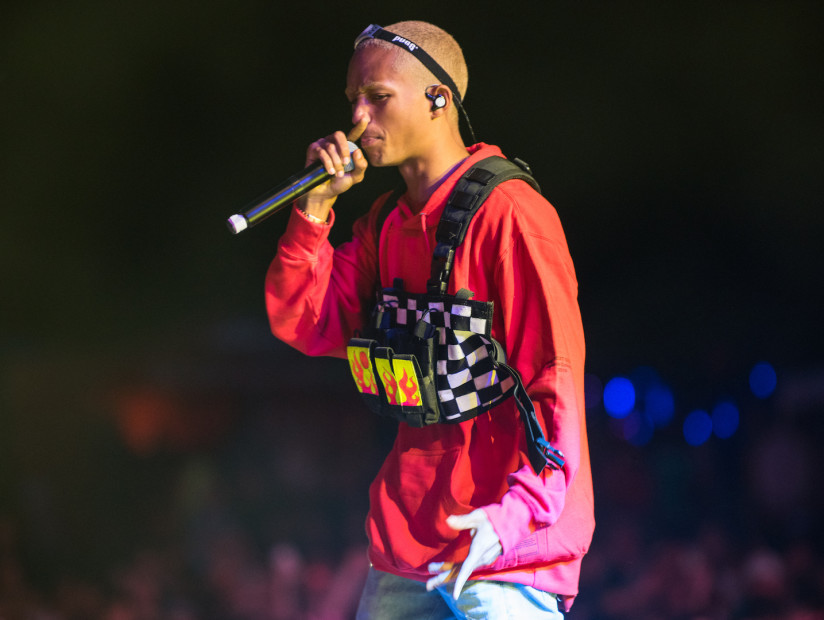 Los Angeles, CA – Jaden Smith made some revealing statements during a recent performance at the 2018 Camp Flog Gnaw Carnival and people can’t decide whether he’s joking or being dead serious. While addressing the crowd, the 20-year-old artist claimed Tyler The Creator is his boyfriend.

Meanwhile, Tyler was off to the side shaking his finger at the crowd, seemingly denying it.

Smith hopped on Twitter later and doubled down on his claim.

“Yup @tylerthecreator I Told Everyone You Can’t Deny It Now.”

Yup @tylerthecreator I Told Everyone You Can’t Deny It Now.

“sheesh,” he wrote. “I feel freeeeeeee.”

Fans aren’t quite sure what to do with the news. Over the years, there’s been heavy speculation about the Odd Future rapper’s sexual orientation. In fact, he’s claimed he’s gay in the past.

Tyler loves pranks and if he’s friends with Smith, it wouldn’t be surprising if the SYRE mastermind is just trying to fool everyone.

what is this jaden and tyler noise i hear pic.twitter.com/OlH7nmC1pR

Me: “Jaden Smith trending must of dropped a new album”. Jaden Smith: “Tyler the creator is my boyfriend” Me: pic.twitter.com/RYWrtWHkTY

jaden smith and tyler the creator are dating????? pic.twitter.com/kvhOzHdw1Y

So are Jaden Smith and Tyler The Creator really daring? That’s dope tbh

So Jaden and Tyler is boyfriend and boyfriend pic.twitter.com/ORPDLOHl1K

So, I'm supposed to believe that Jaden Smith is bi and dating Tyler the creator??? Lol FOH pic.twitter.com/Jdzl0oHiDZ