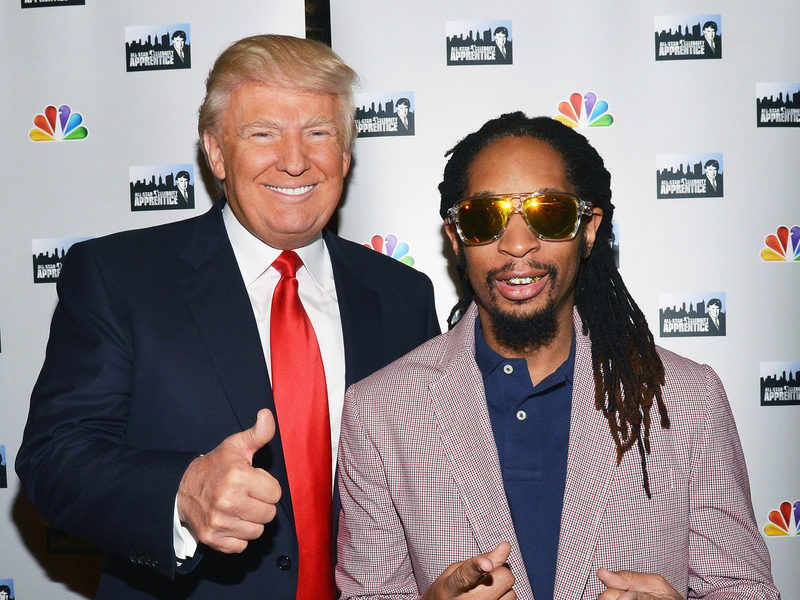 Washington, D.C. – Donald Trump conveniently forgot about his past with Lil Jon. During a contentious press conference following the 2018 midterm elections, the president claimed he didn’t know who Lil Jon was when questioned about allegedly calling the crunk rapper an “Uncle Tom.”

Yahoo News’ White House correspondent brought up Lil Jon’s allegation while asking if Trump ever made racist remarks. After Trump said he didn’t know Lil Jon, the reporter corrected the president by pointing out that the platinum-selling artist was a cast member of Trump’s reality show The Celebrity Apprentice.

“Oh he was?” Trump responded. “I see. No. I would never do that, and I don’t use racist remarks and, you know what? If I did, you people, you would have known about it.”

"I don't know who Lil Jon is," President Trump tells a reporter when asked about a claim made by the rapper about Trump's rhetoric.

"The point of fact is I've never used a racist remark" https://t.co/pwWYYzlnug pic.twitter.com/0e3LQmnOLK

Lil Jon appeared on two seasons of Trump’s Celebrity Apprentice during its television run. Allegations about Trump referring to Lil Jon as “Uncle Tom” first surfaced in a 2016 report by The Daily Beast.

“We kept trying to explain to [Trump] that that’s not a word you can use, that it’s offensive,” an Apprentice employee told The Daily Beast. “One of the executive producers had to call him up directly to [plead with] him not to say it, and Trump was like, ‘No, that’s a saying, it’s Uncle Tom.’ There are several takes in the footage of the dailies that has him trying to figure out the difference between ‘Uncle Tom’ and Uncle Sam. He just couldn’t grasp that it was offensive… When [Trump] decides he wants to do something, that’s his way.”

Lil Jon confirmed the report in a statement issued on Twitter.

“When this ‘Uncle Tom’ incident happened on Celebrity Apprentice in the boardroom several of my castmates and I addressed Mr. Trump immediately when we heard the comment,” he wrote in 2016. “I can’t say if he knew what he was actually saying or not but he did stop using that term once we explained it’s offensiveness.”