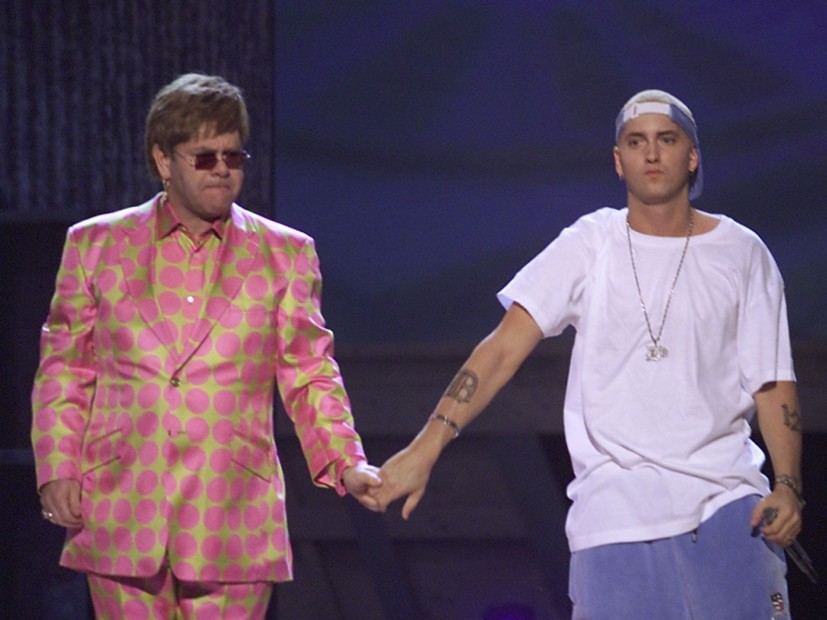 Rock icon Elton John kicked off his latest episode of his Beats 1 Radio show with an interview featuring Eminem. Their relationship stretches back to 2001 when they performed “Stan” together at the 43rd Annual Grammy Awards. John has also been a stabilizing force throughout Em’s recovery from drug abuse.

During their conversation, Slim Shady elaborated on how his anti-Trump 2017 BET Hip Hop Awards Cypher came to be.

“They were worried about people in the audience with their cell phones,” Em says. “Then whatever I say gets out there in the wrong context or just pieces of it you know. So it kind of got switch at the last minute for them to come to Detroit. So I had to switch some things around.”

Em reveals they chose to film the cypher in a Detroit parking garage for a very specific reason.

“It was basically an homage to Public Enemy’s cover of ‘You’re Gonna Get Yours,’ which was a 12-inch single back in the day,” he says. “But that was kind of what we were trying to play off of.”

John and Em then talk about meeting at the 2001 Grammys amid accusations of Shady being homophobic. If anything, their joint performance was a giant statement.

“When I saw you rehearsing, I got chills up my spine,” John admits. “I hadn’t seen anybody do that kind of thing to me since I saw Mick Jagger in the early days.”

In closing, they both marvel at their longevity in the music business.

“Listen, I’m blessed,” Em says.” I think that we both are in a sense of being able to have longevity you know. It only comes from hard work.”

John adds, “Hard work and passion too. If you lose your passion, you’re dead, you know?”