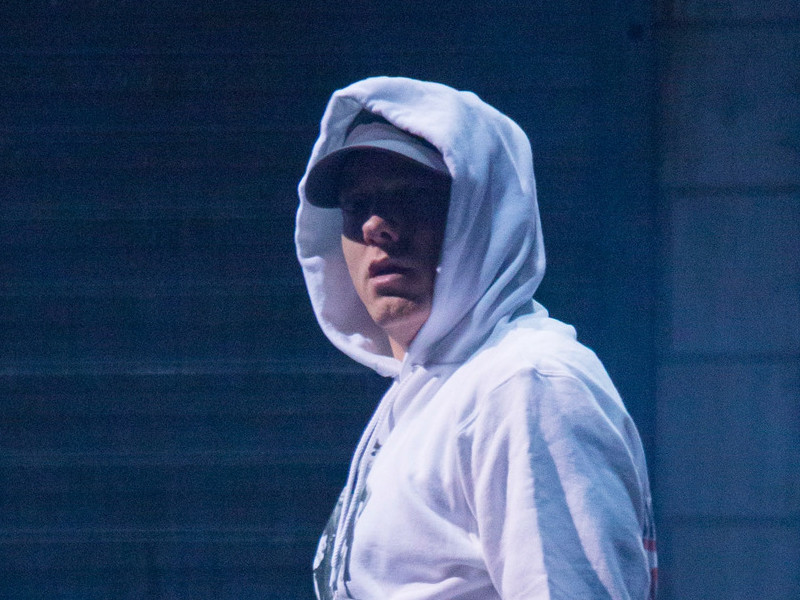 Eminem spoke to an old friend, legendary musician Elton John, ahead of his Revival album’s release in an article for Interview Magazine. The two became close after teaming up at the 2001 Grammy Awards to perform Slim Shady’s “Stan,” making a statement against homophobia when Eminem — a perceived homophobe — and John — an openly gay man — hugged and joined hands on stage. The genuineness of their friendship shines in a candid and casual conversation, which touched on music, drug addiction, Donald Trump and Eminem’s relationships with Dr. Dre and Paul Rosenberg.

Here are some of the highlights.

On Revival:
“It’s a reflection of where I’m at right now, but also I feel like what I tried to do was diversify. I’ve tried to make a little something for everyone.”

On sobriety:
“Getting clean made me grow up. I feel like all the years that I was using, I wasn’t growing as a person.”

On being a private person:
“I feel like if I don’t go away, I get sick of myself. It’s never been my thing to be in the spotlight all the time.”

On Dr. Dre’s influence:
“He started showing me things that I didn’t know I could do with my voice.”

On his creative process:
“When I record an album, I do probably close to 50 songs. Each song I record has to get better…First, the beat has to be great—you start there. You start with the music, and then the ideas follow. Then you start thinking of rhymes, and then you record it.”

On his Anti-Donald Trump freestyle:
“It was about having the right to stand up to oppression. We have a president who does not care about everybody in our country… I still feel like America is the greatest country to live in.”