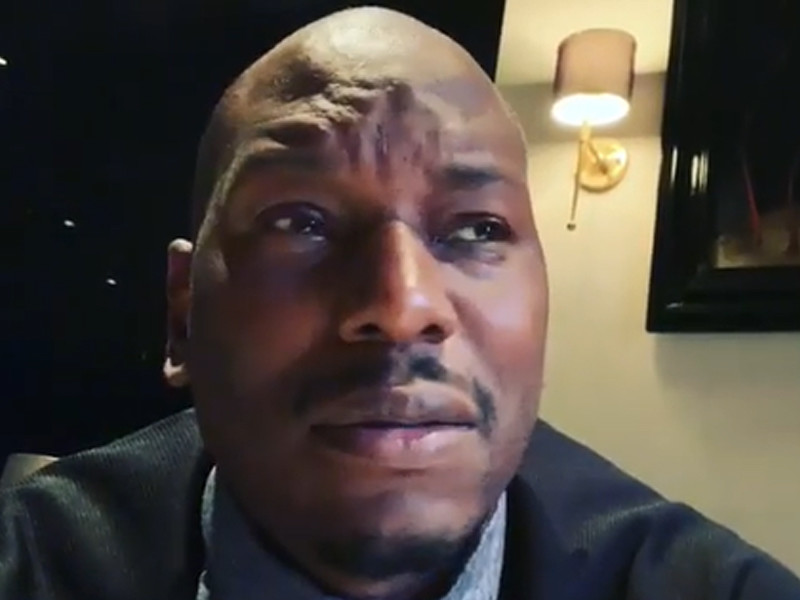 Los Angeles, CA – After it was revealed earlier this summer that Tyrese was facing legal action from credit card giant American Express as the result of unpaid debt, it appears the Fast & Furious star has agreed to pay it off the old fashioned way — in monthly installments.

As first reported by The Blast, AMEX filed papers last week citing that an agreement was reached. He currently owes a balance of over $61,000 with his last payment of $10,000 being made back in April.

The extent of his financial woes came to light last month and was attributed to his long — and emotionally taxing — custody battle with his ex-wife over their 10-year-old daughter. Court documents revealed monthly expenses that tallied $114,000 against monthly earnings of just $51,000, with a rapidly depleting savings in reserve.

At one point, Tyrese had falsely claimed that Will Smith and wife Jada had given him $5 million to help him out.

One would hope that they could mean SO much to so many in their lifetime…… I’ve learned so much from just being around and being embraced as a friend and brother…… Selfless, Caring, always smiling, always willing to get deep in talks and conversations……. He’s asked me to let it go as if it never happened cause to this day I’m still beating myself up from saying that he sent me a “wire”…. Again my take away was damn…. Why is this guy so f’ing kind… He was more worried about ME at the time than anything I said about him or any of the unwanted attention that came with that moment….. He’s ALL HEART and SOUL!!!! Happy 50th…. Thank you for showing me and the world that there IS a such thing as being made by God and living your life towards others like God…… Vs just talking….. Thank you for “showing” us HOW it’s done………. Happy 25x’s 2……