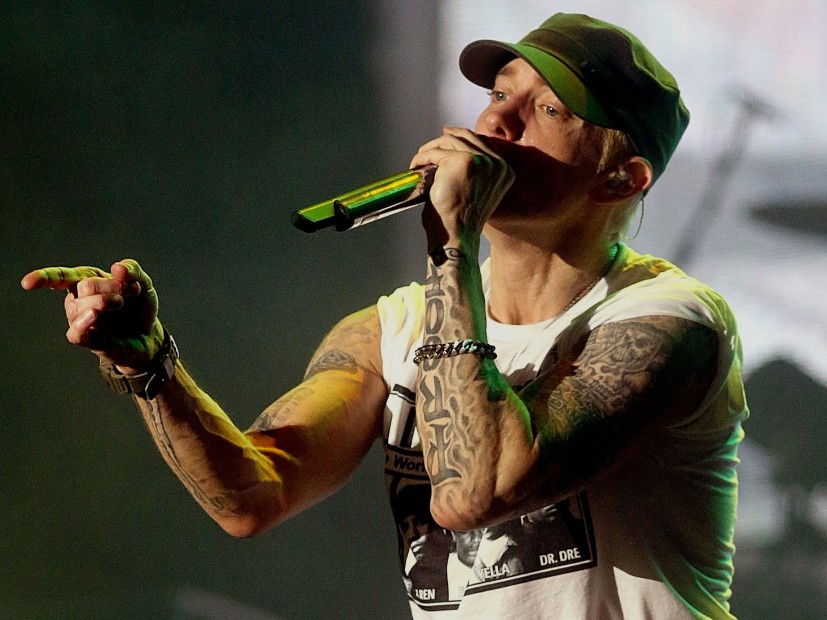 Eminem hasn’t slowed down since unleashing Kamikaze last month. From the Machine Gun Kelly fiasco to Joe Budden’s colorful comments, there hasn’t been a dull moment.

Now, the inimitable Slim Shady has returned with the cover art for “Venom,” the bonus track from his aforementioned 10th studio album and part of the Venom soundtrack.

“Venom” kicked off the entire Kamikaze rollout, although it wasn’t obvious at the time. On August 30, Em tweeted a teaser clip revealing his involvement in the film’s soundtrack. The next day, all hell broke loose when he surprise-dropped the album and “Venom” was included as the project’s closer.