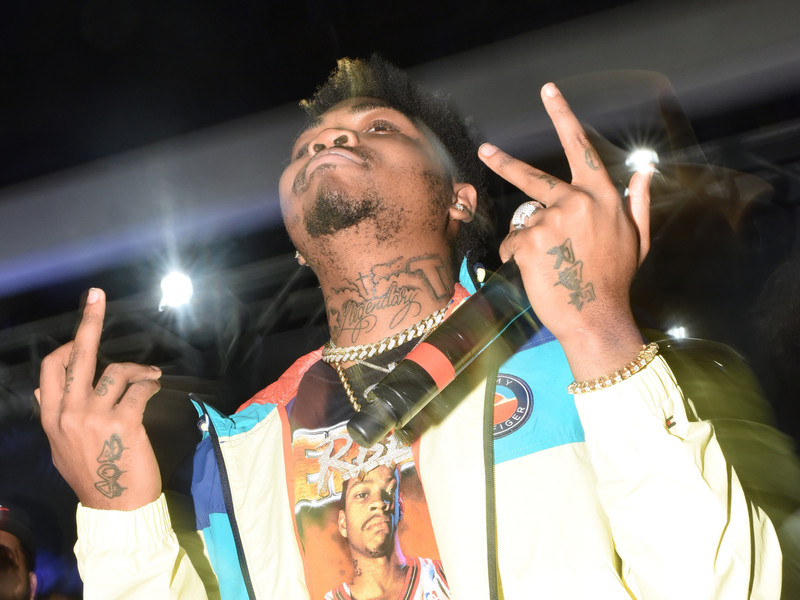 Yhung T.O has announced his departure from the Bay Area-based crew in an Instagram post. According to him, the recently announced Gangin 2 album — scheduled to drop on September 28 — is his final project with SOB x RBE. But, he says he’ll continue working with group member DaBoii.

“Gangin 2 Will Be My Last Album With SOB,” his message reads. “Me And @_daboii got sum shit still in the cut fa y’all tho.”

Yhung T.O provides a more detailed explanation for his departure in the post’s caption, which has since been deleted.

“To Whom It may concern… No We Not Fonkin We just on different Terms, Crazy How You make money and Create a New Life wit Niggas you call brother and in the End they still disloyal,” he writes. “People tell me ‘ SOB X RBE is the BIGGEST thing, You never gone be as BIG without out, What about the money ?? How u gone feed yo family without SOB X RBE’ So what I’m posed to do go against the grain and everything i believe in fa money ??

“Never I will never sell my soul, You can’t buy a real nigga , And Hey even If i don’t be as BIG without it at least I could look myself n the mirror everyday and know I’m Still a Solid Nigga to the Core Sumtimes No matter how hard you try to keep shit together sometimes shit just be destined Who knows what the future a bring tho @_daboii_ Always Love You Bro Demon and Mufasa Forever …. And Just for you Dumb MFs It ain’t got shit to do wit Money it’s bout Respect #TuTuLand.”

It is unclear if the remaining members of SOB x RBE — DaBoii, Lul G and Slimmy B — will still hit the road for their Global Gangin Tour, which is scheduled to resume in October. The trio hasn’t publicly commented on Yhung T.O’s departure as of Wednesday (September 19).

SOB x RBE has rapidly risen in recognition since forming in 2015. The group has racked up millions of streams on YouTube and landed their big placement to date when Kendrick Lamar featured them on Black Panther: The Album. Just a few weeks after the soundtrack’s release, SOB x RBE dropped their debut album Gangin.

Check out an example of Yhung T.O’s solo work below.