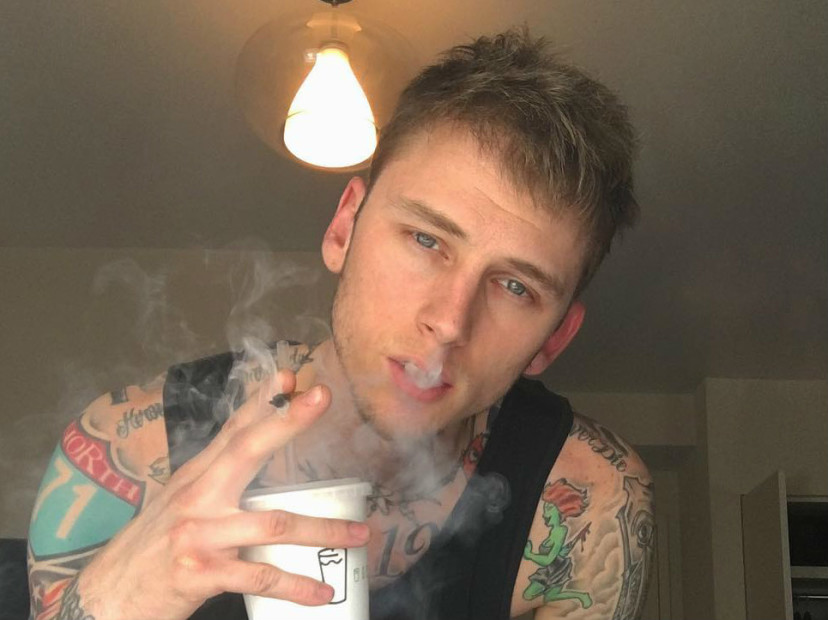 Orlando, FL – Machine Gun Kelly has (once again) told the public what he really thinks of Eminem’s “Killshot” diss track. Over the weekend, MGK posted an Instagram photo of himself onstage wearing a t-shirt with the “Killshot” single art on the front and throwing up his middle finger.

“He missed,” MGK wrote in the caption. From there, he let his emojis do the rest of the talking and added “#legshot #rapdevilisstillNUMBERONE #letstalkaboutit” at the end.

MGK fired back at Eminem with “Rap Devil” on September 3 after Slim Shady dissed him on his surprise Kamikaze album earlier this month. As Hip Hop fans wondered what the next move was, Em seemed torn on what he was going to do.

He told Sway Calloway, “I’m in this fuckin’ weird thing ’cause I’m like, ‘I gotta answer this mother fucker.’ Every time I do that — as irrelevant as people think I am in Hip Hop — I make them bigger. So, I’m getting into this thing where I want to destroy him, but I also don’t want to make him bigger. Because now, you’re a fuckin’ enemy.

“I’ll leave it at that. I’m not sure exactly what I’m going to at this point.”

MGK is prepping the release of his new Binge EP, which is expected to arrive on September 21.