RiFF RAFF Claims Eminem Is On His "Vanilla Gorilla" Album 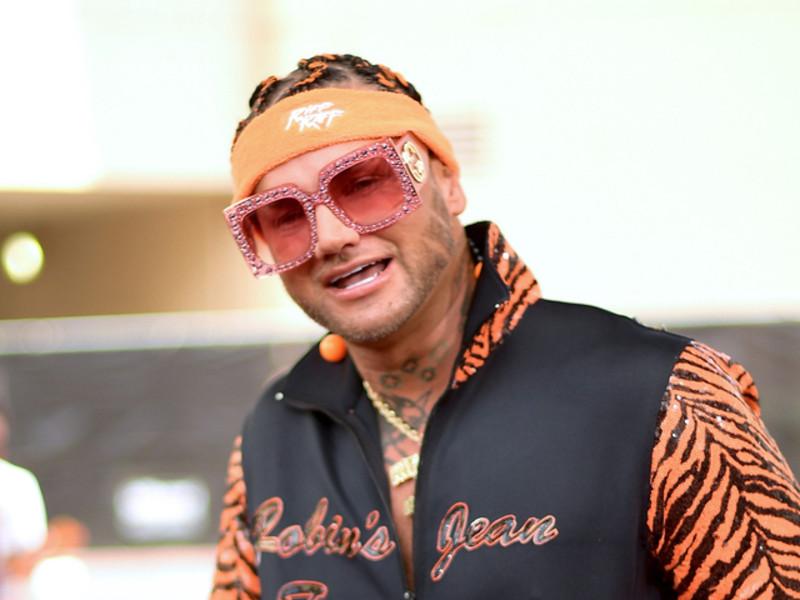 Eminem has been at the center of attention in Hip Hop since the release of his surprise album Kamikaze, and it doesn’t appear he’ll be going back into hiding anytime soon.

Amid his much-publicized rap beefs with Machine Gun Kelly and Joe Budden, Slim Shady is now being teased for an appearance on RiFF RAFF’s next album. The surprising collaboration was announced by RiFF RAFF on Instagram.

“EMiNEM iS ON THE NEW VåNiLLå GöRiLLå ALBUM,” he wrote. “WHAT SHOULD RiFF RAFF & EMiNEM NAME THEiR SONG ?”

EMiNEM iS ON THE NEW VåNiLLå GöRiLLå ALBUM … WHAT SHOULD RiFF RAFF & EMiNEM NAME THEiR SONG ?

The post included a selfie video with sound and visual effects that created a background filled with lightning and thunder.

“I hate to break the news to you,” RiFF RAFF declared. “I wasn’t gonna say nothing about this Vanilla Gorilla album. Eminem just sent in the vocals. Yeah, RiFF RAFF, Ronny J album. Shout out to Eminem for sending that 12.”

Slim Shady hasn’t confirmed these claims or ever worked with RiFF RAFF before, so there understandably might be some skepticism about the announcement. But, the two do have a mutual connection in Ronny J.

The in-demand producer is handling all of the production on RiFF RAFF’s Vanilla Gorilla album. Ronny also contributed to two tracks on Eminem’s Kamikaze: “The Ringer” and “Not Alike.”