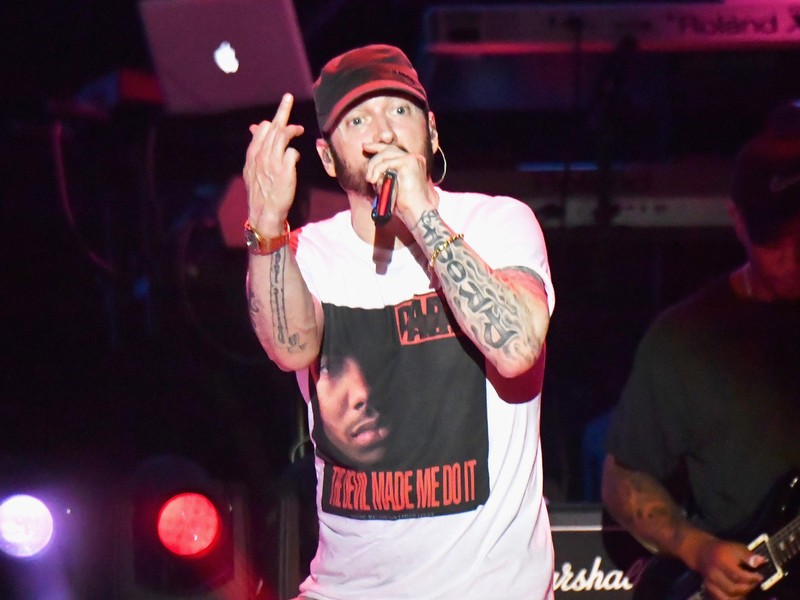 Fans hoping for an all-out battle between Eminem and Machine Gun Kelly are in luck. According to Slim Shady’s longtime collaborator Mr. Porter, Em intends to respond to MGK’s “Rap Devil” — a diss track that returned fire at shots thrown in “Not Alike” from Shady’s recently released Kamikaze album.

Porter revealed the plans during an appearance on Culture Untold on Tuesday (September 4). The veteran producer appeared via a video chat, which often made his answers difficult to hear on the Facebook-streaming show. But, Porter was clear when asked about Em’s clash with MGK.

“We doing something else right now but trust me, we’ll get to it,” he said of a diss track rebuttal. “I’ll tell you this. I wouldn’t want to be my man [MGK].

Porter likened the battle between Shady and MGK to the Thanos vs. Iron Man fight from Marvel’s hit film Avengers: Infinity War.

“The one thing I’m worried about— did y’all see the Avengers movie?” he asked the hosts. “Remember when Thanos threw that whole planet at Iron Man? I’m worried about [Em] breaking the planet in half and throwing it at [MGK].”

The D12 member noted that Em will likely wait for more disses from other rappers and target everyone in one song.

“The real thing is like, OK, let Joe [Budden] say something,” he said. “Let somebody else saying something. Let anybody else say something and then he take everybody out at once. That’s ‘gon happen.”

Budden has responded to Marshall Mathers on his eponymous podcast, declaring he’s been better than his former boss for the last decade.

“I heard the album and because I think you don’t really know all the members in [Slaughterhouse], I don’t really think you know our history,” he said. “Let me tell you what Joe Budden has thought this entire time. I’ve been better than you this entire fucking decade!”

For fans who haven’t been able to keep up with the shots fired, listen to MGK’s “Rap Devil” diss here.