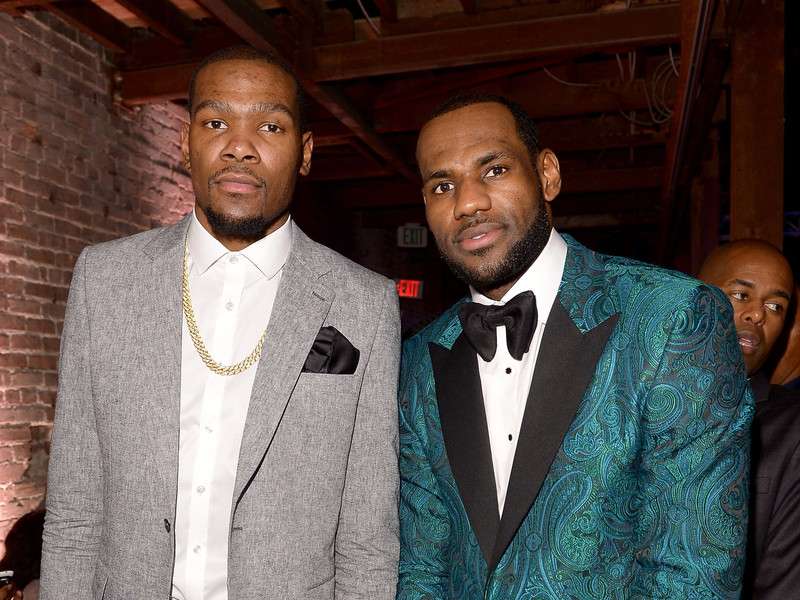 During the 2017 NBA Finals, reports revealed basketball superstars LeBron James and Kevin Durant once collaborated on a song. Fans only got to hear a brief snippet of the track last year, but producer Franky Wahoo has finally unearthed the “It Ain’t Easy” rap cut on SoundCloud.

According to Wahoo, the song was recorded during the 2011 NBA lockout — though he mistakenly identified the timeframe as 2012-2013. He also claimed the track was going to be featured on the newly released NBA 2K19 video game, but it didn’t make the cut for an undisclosed reason.

“Song was originally was recorded in 2012-2013 during the NBA Lockout,” Wahoo wrote on SoundCloud. “Kevin Durant & Lebron James Came to Spider studios based out of Cleveland OH , to record . The original beat was a industry instrumental and could not be used for media . So Franky Wahoo & StewBillionaire redid the production around there original vocals The song was planned to go on NBA 2K19 but never did . Here is the secret song everyone has been waiting for .”

Listen to LeBron and KD’s collaboration below.