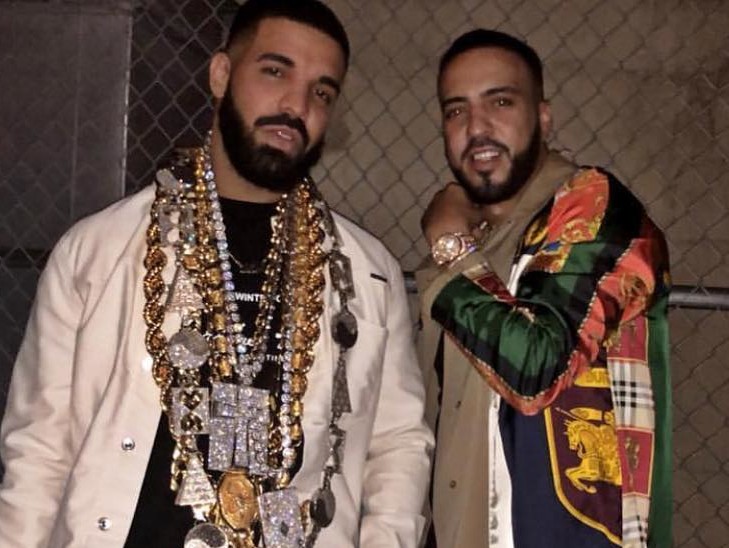 Bronx, NY – French Montana was recently back in the Bronx filming his music video “No Stylist” featuring Drake. From the sounds of the track, Drizzy isn’t finished poking jabs at Kanye West.

A line in the song finds Drake forbidding his lady to wear Yeezy’s 350 sneakers around him. “I told her don’t wear no 350s ’round me,” Drake spits on a leaked snippet of the London On Da Track-produced song.

The diss comes after a viral fan theory that the 6 God might have had a sexual relationship with ‘Ye’s wife Kim Kardashian, using Scorpion as proof. Either way, Drake still seems to be upset Kanye allegedly fed Pusha T information about his son and future — now dead — collab with sportswear giant adidas.

Following the leaked snippet, Kanye released a series of tweets apologizing to Drake for imposing on his album release date and not doing enough to prevent Push T from putting out “The Story of Adidon.”

Drake has yet to respond to ‘Ye’s apology.

French and Drake have been teasing the release of “No Stylist” on social media, dressed in ’90s garb, wearing excessive jewelry and hanging out with Slick Rick. No word on when the video will drop, but check out a few moments from the music video shoot below.

JUST INCASE YOU FORGOT WHAT THE WAVE LOOK LIKE ? SLICK RICK THE RULLER !! JUST WAIT ON IT ?