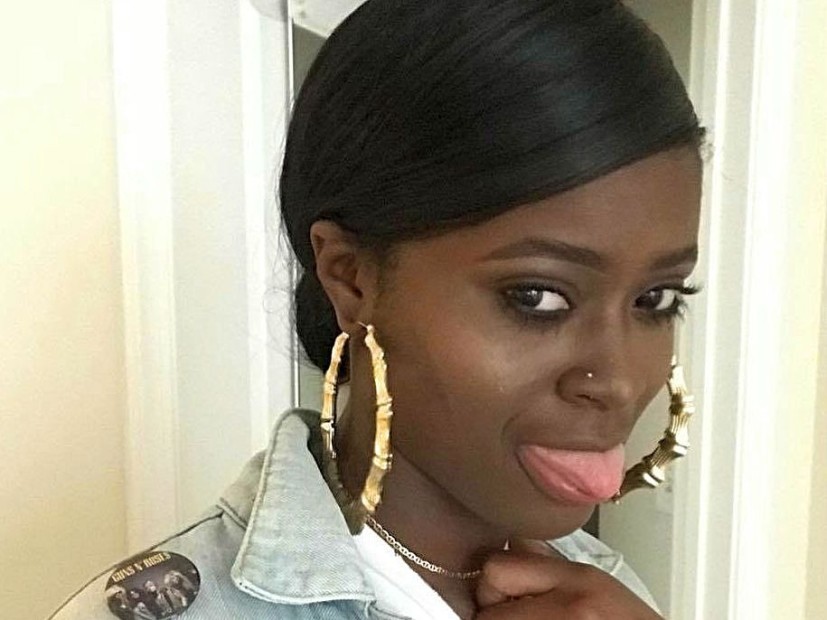 Tierra Whack is slowly emerging as a force to reckon with. The Philly native released her innovative audiovisual album, Whack World, in May and it easily stood out among the sea of homogenous music that currently permeates the industry.

From rubbing shoulders with Lauryn Hill to André 3000, Whack (yes, that’s her real last name) talked about her newfound success in an interview with Billboard.

When asked about meeting Three Stacks, she said, “I’m telling you, nothing feels real. It all seems like a dream. My mom’s like, ‘Are you okay? Because you’re doing everything you’ve always talked about.’ And I didn’t even know what to say. Like, I can call or text Andre 3000 whenever I want. Like, what?!”

She admits she did get a little starstruck sitting across from the Outkast luminary while eating chicken wings during a recent lunch.

“It’s funny because we’ve been talking and texting for a while, but then we only had our first lunch recently,” she explained. “I think people’s expectations are so high, with what he talks about, but literally we just had sushi and chicken wings — this is the first time I’m telling anyone this — that was it.

“We talked about random shit, we didn’t really get deep. We were chilling. There were a few times I looked up at him, like, ‘What the fuck, that’s Andre 3000, it’s really you,’ and he’d just laugh.”

My dad treated me to lunch today!

Elsewhere in the interview, Whack also talks about Whack World and her tendency to switch up her voice. From the country twang vibe on “Fuck Off” to her mumbling drawl on “Bugs Life,” she injects a slew of different characters into her music.

“I get so bored with my voice,” she admitted. “It started when I was a class clown, and realized I was kind of funny. And it’s bad because sometimes I’ll still do it — I’ll hear someone and they’ll have a funny ass voice, and I’ll mock it.

“But that’s rude, so I’ll have to [do it] somewhere alone, and mock the voice to like, get it out, and know I can do that voice. I’m a sponge, so I just hear these things.”

At 23, Whack is making plans for the future but has one particular goal in mind.