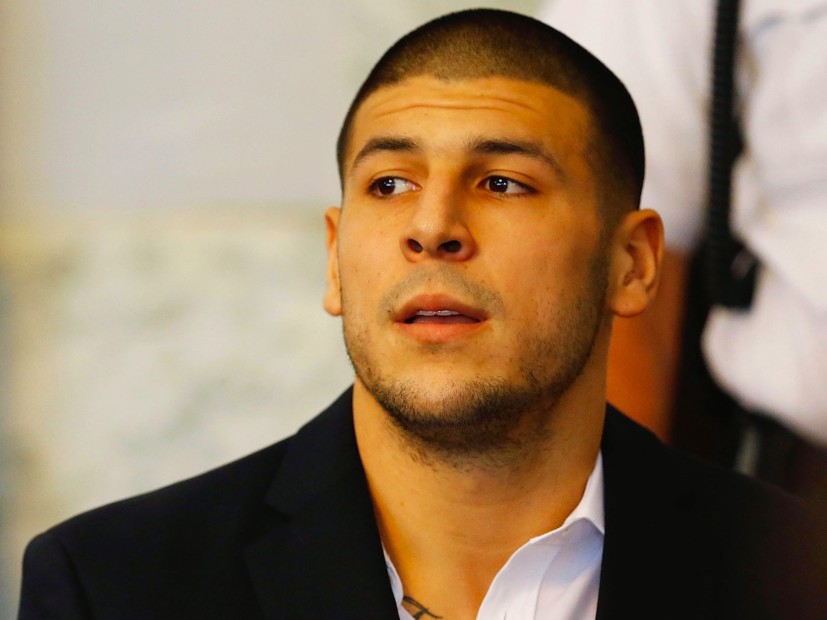 Former NFL star and convicted murderer Aaron Hernandez committed suicide in jail last year. Hours before he ended his life, he wrote three suicide notes saying his final goodbyes. Now, the contents of those notes have been revealed.

According to CNN, Hernandez wrote one to his daughter Avielle Jenkins-Hernandez, fiancée Shayanna Jenkins and his attorney Jose Baez.

In the note to Baez, he thanks artists like JAY-Z, Meek Mill, Rick Ross, Kevin Gates and The Game for their music.

“I need a favor,” the note reads. “If you have any contacts for any artists like Gates, Meek Mill, Ross, Jay, Game … etc. I would like to send you letters so you can send to their information or whichever way you think best. I don’t want any media really getting into me, trying to just send my love to all the artists who got me through my tough times and sending my respect to a few of the real ones out there.

“So I think that’s the best idea through you. It’s something I have to do and I’d appreciate if you could do that for me, if possible! If not, I’ll figure something out. Well, get at me, love ya brother!”

? got my copy can't wait to read it #TEAMHERNANDEZ

The excerpts from Hernandez’s suicide notes are included in Baez’s new book, Unnecessary Roughness: Inside the Trial and Final Days of Aaron Hernandez.

Hernandez was serving a life sentence for the murder of his friend Odin Lloyd and had recently been acquitted of two other murder charges related to a July 2012 drive-by shooting outside a Boston nightclub when he died.

Although he was just 27 at the time of his death, the New England Patriot had Stage 3 CTE with brain damage that is usually seen in someone 20 years older.