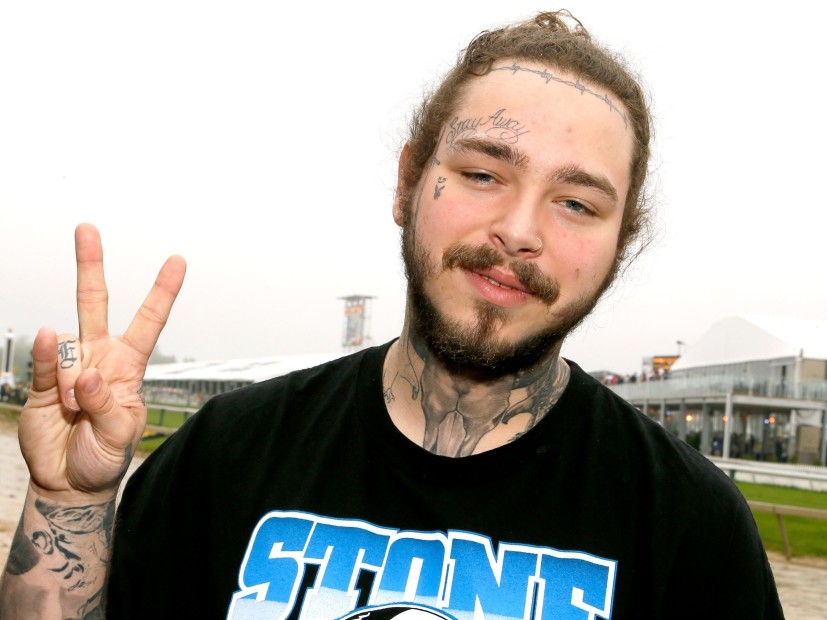 New Windsor, NY – Now that Post Malone has landed safely at the Stewart International Airport in New York, his horrifying ordeal has come to an end. On Tuesday afternoon (August 21), the face tat fanatic tweeted he was safe. But, he also took note of all those wishing for his demise.

“I landed guys,” he wrote. “thank you for your prayers. can’t believe how many people wished death on me on this website. fuck you. but not today.”

i landed guys. thank you for your prayers. can't believe how many people wished death on me on this website. fuck you. but not today

Post and 15 other people boarded the Gulfstream Aerospace GLF-4 early Tuesday morning at New Jersey’s Teterboro Airport. They were headed for the London Luton Airport in Luton, England when two tires blew.

The pilot decided to circle New Jersey and Connecticut in an effort to burn fuel to get the plane’s weight down. The plane was originally diverted to a Massachusetts airport but ultimately wound up in New Windsor, New York.

According to CNN, the plane landed at approximately 3:50 p.m. local time.

Post Malone was onboard a private jet heading from New Jersey to London when two of the plane’s tires blew. According to TMZ, Post and his team were leaving Teterboro Airport when the incident occurred.

A law enforcement source reportedly said the pilot had to circle back around and perform an emergency landing, although the air traffic audio paints a slightly different story.

In the recording, the pilot says, “We just felt a tire blew, so we might need to come back there. We blew a tire, so we need to come back sir. We’re not going to declare an emergency sir, but we’d like to just head back. If it’s ok, could we hold just to burn some fuel to get our weight down? We have 16 souls on board.”

Ultimately, the plane was diverted to Massachusetts after circling New Jersey for two hours, as reported by FOX News.

The Federal Aviation Administration reportedly confirmed the aircraft — a Gulfstream Aerospace GLF-4 — blew two tires as it took off from runway 24 at Teterboro. The aircraft was heading to London Luton Airport in Luton, England.

Post was on the East Coast following an appearance at the 2018 MTV VMAs in New York City on Monday night (August 20).

During the ceremony, he performed “rockstar” with Aerosmith and 21 Savage ahead of picking up an award for Best Song.