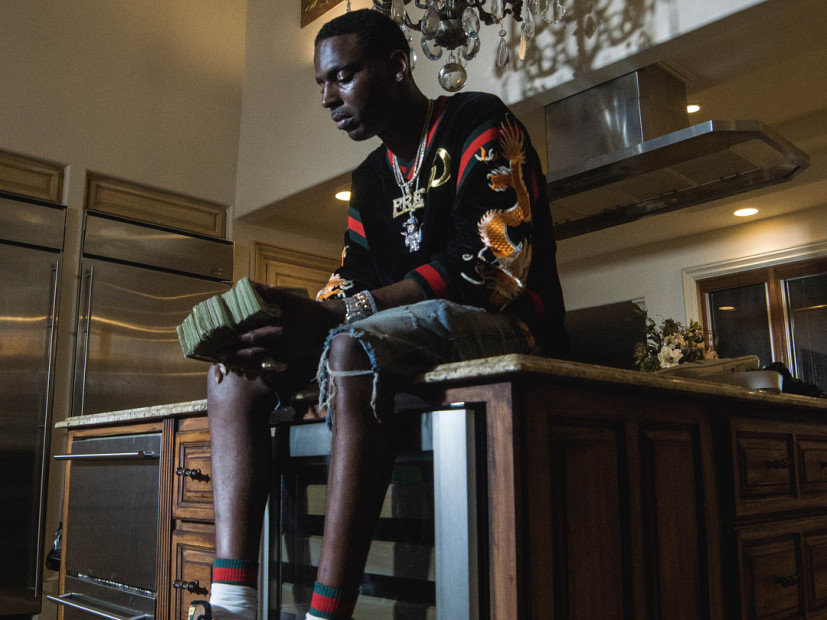 For the past couple of years, Memphis rap aficionado Young Dolph has seen his stock rise considerably; having survived a beef with Yo Gotti and apparent attempts on his life.

With 2.8 million Instagram followers to his credit and Billboard 200 placements for his last three solo projects, it comes as no surprise major labels have been blowing up his phone in hopes to take matters to another level.

Unfortunately for them, Dolph rather “Get Paid” and retain most of his profits. In an impromptu Instagram PSA Monday afternoon (August 20), a decision was made on whether he should autograph a recording contract worth $22 million.

“I done got myself in a fucked up ass situation, dawg. I don’t know what the fuck to do, dawg,” he began before clarifying, “I do know what to do.”

After pondering with his large folder that perceivably contained the legal documents, Dolph proclaimed “fuck the $22 million!” as he tossed the “contract” on his camo Rolls Royce and walked off.

This rap game has never seen not 1 person like me.. On God……??‍♂️ #PaperRouteBUSINESS ?

Just a day prior, Dolph filmed himself previewing new music so it’s only inevitable that a new wave is on the horizon.

His last full-length LP, Thinking Out Loud was released nearly a year ago in October 2017.