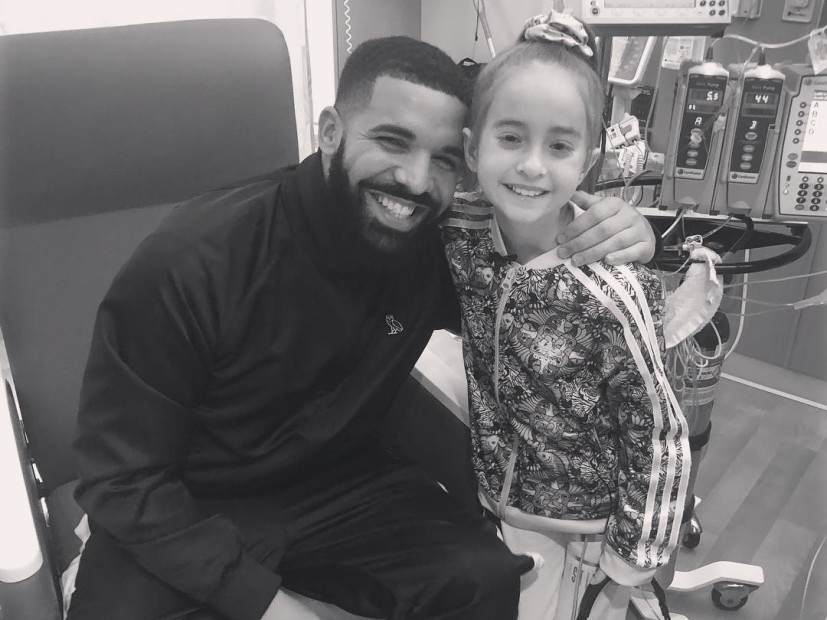 In an Instagram post shared by Lurie Children’s Hospital in Chicago, Drizzy can be seen surprising Sofia, who is currently waiting for a heart transplant.

“Today, Lurie Children’s Hospital heart transplant patient Sofia Sanchez, who turned 11 on Saturday, had one of her birthday wishes come true– a surprise visit from Drake,” a caption for the video of Drake surprising Sofia read.

The 11-year-old, who appeared visibly shocked by Drake’s appearance, revealed that she was unsure if what was happening was real or not.

During Drake’s visit, the two reportedly exchanged autographs and Drizzy even sang “God’s Plan.” The pair also chopped it up “about Bieber and Owls and Basketball.”

Me and my love Sofia talking about Bieber and Owls and Basketball???

According to Chicago’s ABC 7, Sofia previously took part in the “In My Feelings” challenge and personally invited Drake to her 11th birthday party.

“This is the best birthday present I ever had. Thank you so much Drake for coming to see me. It means a lot for you to come and cheer me up,” Sofia said.