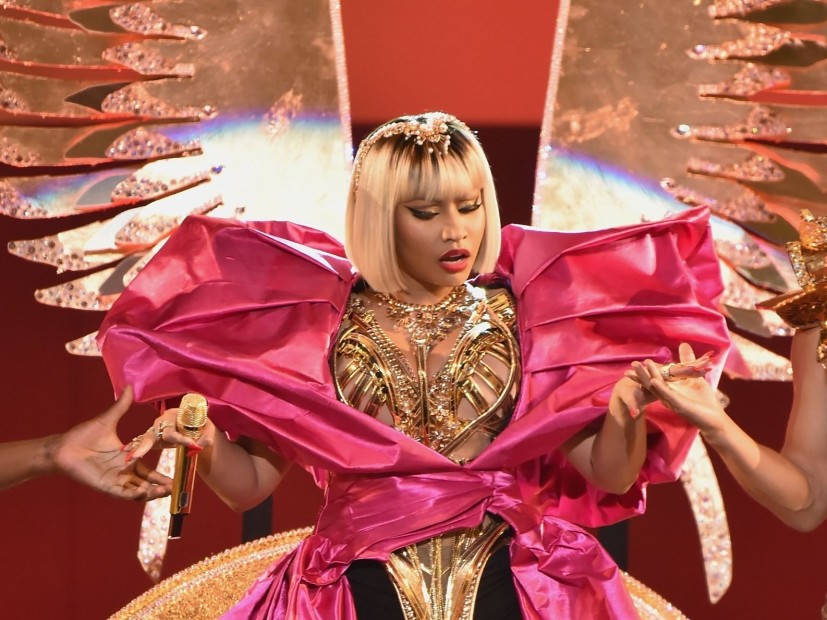 New York, NY – For the 2018 Video Music Awards, MTV pre-recorded Nicki Minaj’s performance at the Oculus hub for the World Trade Center transit station and aired it during Monday night’s (August 20) ceremony — a first for a major awards show.

Dressed in garb fit for a queen, Nicki emerged from a golden throne carrying a scepter as she opened her set with live renditions of “Majesty” and “Barbie Dreams” before spitting a few acapella bars from “Ganja Burn” — all new music from the recently released Queen album.

To end the set, the self-professed Queen of Rap performed “FEFE,” her collaboration with Tekashi 6ix9ine. The controversial, rainbow-haired rapper, however, didn’t make an appearance.

Reliving @NICKIMINAJ's #VMA performance for the rest of foreverrrrr ? pic.twitter.com/1eNufUDAMZ

Nicki lashed out on Twitter Sunday (August 19) and claimed Queen was the No. 1 Billboard 200 album — not Travis Scott’s Astroworld — despite numbers that say otherwise. She pointed the finger at Kylie Jenner, her child with La Flame, Stormi, and Spotify.

Last week, Nicki quietly added “FEFE” to Queen‘s tracklist on all streaming platforms in what looked like an attempt to secure the No. 1 spot. Unfortunately for her, that didn’t work.