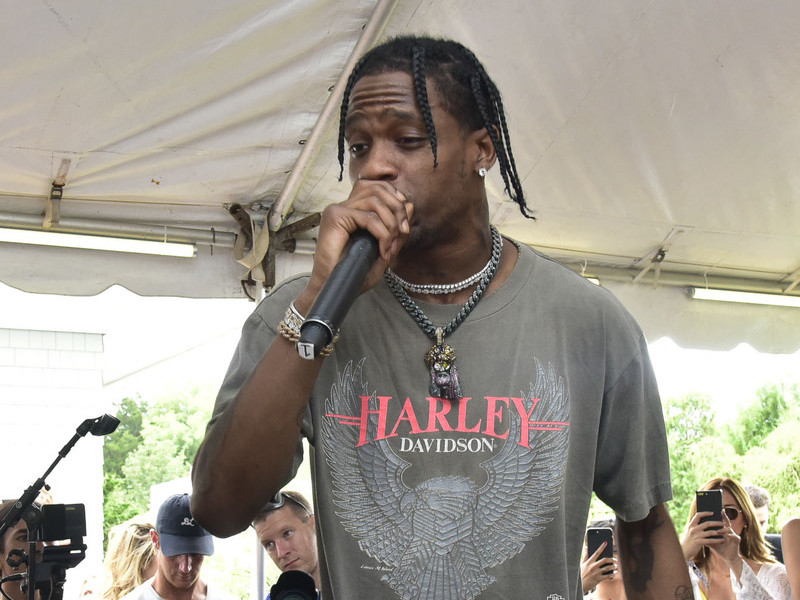 A transgender model was removed from the album art for Travis Scott’s upcoming Astroworld LP. Amanda Lepore, the model in question, took notice of the photo’s alteration in an Instagram post on Wednesday (August 1).

In the shot posted on Scott’s Instagram, Lepore — the model pictured up and to the left in the original photo — is completely gone.

Photographer David LaChappelle’s version of the picture, which was shared on his Instagram, maintains Lepore’s presence.

Lepore has been a frequent subject of LaChappelle’s work. Scott has been accused of being transphobic in light of her removal from the album art.

Check out some of the negative reaction below.

what’s so funny abt travis scott editing out the only trans woman in that picture for his own posting is that it makes the pic look worse……… LMAO transphobia never pays off. what a fucking coward

seeing huge artists like travis scott be openly transphobic is SO disappointing… we've made progress but we still have a long way to go ;(

Travis Scott is a transphobic piece of sh*t.
Trans icon and mode @Amanda_Lepore was featured in his newest album cover, but the version he posted to Instagram has her edited out. Disgusting pic.twitter.com/fSQ95z7cty

just a little transphobia peeking out but like it's fine yall keep screaming abt travis i guess! https://t.co/JP9UgSthVg

The transphobia is real. Travis Scott is a scumbag for this. https://t.co/i9GfnqlXub

Disgusting how people are applauding Travis Scott for his album artwork when in reality he used a version with Amanda Lepore photoshopped out of it. The depth of toxic masculinity and transphobia that runs in this country is unbelievable.

sooo for Travis Scott’s new album cover.. the original picture photographed by David Lachapelle featured the transgender legend Amanda Lepore but when Travis got a hold to it.. he had her edited out and literally nothing else.. is this… transphobia? pic.twitter.com/M9COvG8GFD