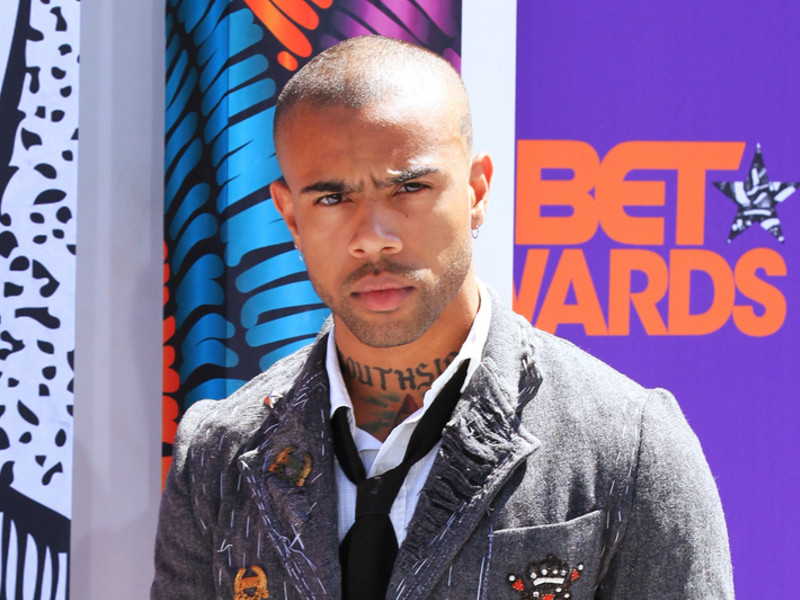 DJ Akademiks has drawn the ire of Vic Mensa once again.

The beef resurfaced after the internet personality shared a clip of the Roc Nation artist criticizing Tekashi 6ix9ine during a recent interview on Real 92.3 in Los Angeles.

Akademiks claimed Mensa “found the subject of his next promo run.” Mensa fired back with a dare for 6ix9ine and a threat for the Everyday Struggle host on Wednesday (July 25).

“Hmmmm I wonder if @6ix9ine wanna see me in these mf hands tho?” he wrote on Instagram. “fuck all that security shit. & @akadmiks shut yo bitch ass up it’s on sight 4 u when I see u.”

About an hour later, Mensa expounded on the situation in an Instagram video. He reiterated his criticism of 6ix9ine, chastising him for using a Chicago-influenced style while disrespecting the city.

Although Mensa said he didn’t diss 6ix9ine, he did challenge the controversial rapper to a fight if the lack of respect continues.

“Look, for the record, I never dissed 6ix9ine,” Mensa said. “All I said was he got his style from Chicago rappers, something he has admitted, and that he needs to show our city its respect.”

He continued, “So, if he wanna talk about ‘suck my dick’ and all that, fight me then. Point blank, see me and these fucking hands. No security. We seen you drive around Chicago with eight police. Shoot the one-on-one. See what happen to you, boy. I’ll turn your muthafuckin’ face the color of your hair. So, put up or shut up like your bitch-ass homie.”

Mensa then turned his aim back at Akademiks, referencing their infamous verbal clash on Everyday Struggle in 2017.

“And Akademiks, it’s on sight for you when I see you,” he said. “You already know you don’t want no smoke with me. The whole world know it. They saw you bitch up. I called you a bitch to your face, and you are a bitch in your heart. So, nigga, shut your muthafuckin’ ass up.”