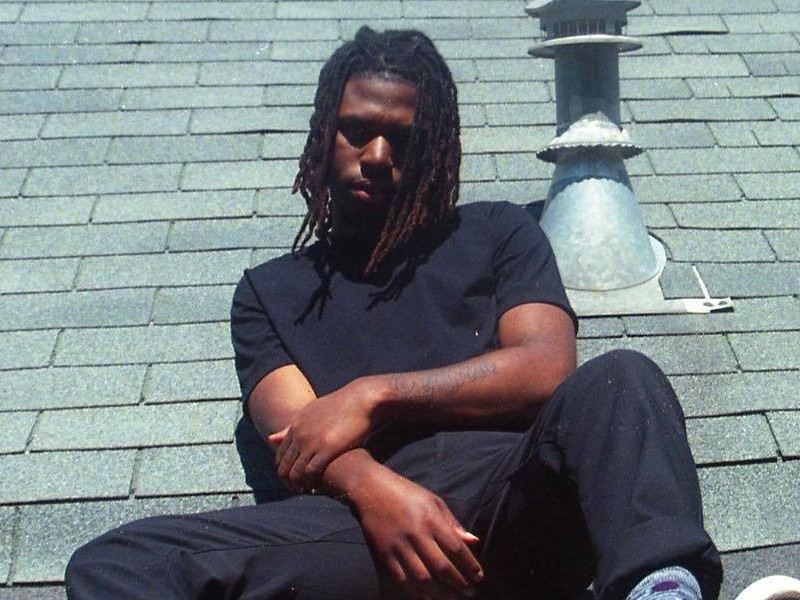 Caleb Brown has linked up with hit-maker Sonny Digital for the Brown EP. With such an acclaimed producer behind him, it’s clear this is Brown’s biggest project to date.

On the verge of a breakthrough, Brown spoke to HipHopDX about the EP’s creation and debuted an early stream before it officially drops on Friday (July 20). In the conversation, Brown reveals how the collaboration with Sonny came to be and shares insight on all five tracks from the project.

Check out the Brown EP stream and learn more about the Rostrum Records artist’s latest work below.

HipHopDX: How did you first link up with Sonny Digital?

Caleb Brown: Well, the truth is we just have mutual friends. Not friends, more so business associates. Managers, local reps, etc. So you know, one of my managers took the music over there to Sonny. He really fucked with it. He was down for making a project. This is a little bit towards the end of the summer of last year when the idea kinda actually started. Then there, we kinda moved forward with a lotta little nicks with Sonny being signed. But, we made it work.

DX: What would you say is the biggest change or growth you’ve experienced since the release of All Dawgs Go to Heaven 2?

Brown: The people around me, man. Working on this project, actually being away from home working on it, you see — I don’t want to say true colors, but I see what people mean when they say life doesn’t stop. You know what I’m saying? It’s like I’m out here doing this, but now I come home, I don’t even have anybody to share the good news with ’cause all of my friends are tied up in job situations or haven’t been communicating lately. So really, I’d just say the people around me, man.

DX: Now, your first single off this EP was “Die A Legend,” and it’s a really dope track. I felt like an interesting part was the low-key delivery you used on it. Can you tell me a little bit about that song and the concept behind it?

Brown: Wasn’t too much of a concept other than being — When I say the term “die a legend,” I’m not even referring to anything musically, per se. It’s more so me as a person. I felt like I did what I had to do, as a family member, as a brother, son, boyfriend, etc., which made me a standup guy, which makes me a legend when I die. Period. So, that’s kinda like where that really stems from. But I really wrote the song in five minutes, kinda freestyled the whole thing.

DX: On “MOBB,” you’re collaborating with Spacejam Bo. Can you tell me about how you linked up with him and why he was the right guy for this record?

Brown: Listen to his music, you can feel it — that struggle, that turf talk. And that’s really what that song was about. I know his manager, his manager knows my people. You know, we’ve been hearing about each other and whatnot. We just decided, let’s just make it happen type shit. Him and Childish [Major].

DX: Speaking of Childish Major, he’s a guy that’s worked with a ton of big names. Can you talk to me about just linking up with him for “Wanted” and what it was like to get a collab with him?

Brown: Oh yeah, man. Love Childish. Been a fan of his work since I first heard about him. So, it was an honor just to sit next to the guy. Very humble guy. Great guy. Very great guy. It was really great. He’s a fucking amazing rapper, an amazing producer, and I appreciate him for everything he put on the record.

DX: Jose Xavier is on there too. Did you feel like this was a chance for you to showcase his talents to a larger audience?

Brown: Yeah, but that’s really my boy on a personal level. We kick it. When I’m back home, we kick it, we hang out, smoke, ride around together, come to the crib. That’s really like my family type shit. Really family ties. So, it was only right during that time we were doing the whole What’s So Fun About Perfect shit and the Swamp Tales shit, so our chemistry was just kinda growing from there. I made this, we had this record, and I was like, “Yo man, I want you on this.” He graced it.

DX: You referenced Swamp Tales. Do y’all have any plans for more Black Cypress stuff in the future?

DX: Circling back on the EP, let’s talk about “Player’s Club.” I thought that was a really fun song, really liked the vibe on it. It felt like one of your first club-style records. Can you tell me about making that one and what Sonny Digital’s production brought out of you?

Brown: The funny thing is I kinda wrote that song driving back to Atlanta from Baton Rouge. I was visiting for a while, was just like a week or so. I was driving back, and I was going through all of the beats that I had for Sonny. And I heard — it’s funny that the name of that beat was titled “Andre 3000.” So, I was like, “Hmm, let me peep this.” And I was high off of fucking Adderall driving back, and it was like, “Man, this shit is fucking amazing. I gotta rap to this.” It was just based on real shit. Everything in that record is real shit. It’s a club record, but it’s me spilling out my emotions at the same time.

DX: Right. On the final track, “American Bulldozer,” I thought that was one of the best hooks that I’ve heard from you. Can you tell me about your growth as a writer and what you’ve done to improve on your hooks?

Brown: Studying, man. Once you stay in the studio, you figure out what works for you and how you want to say shit. It all just kinda comes second nature. I really can’t explain it too much. I was kinda just born like this. But, it’s just being in the studio, just working at it. I knew I was never the best at hooks, last year. And even my managers and my label reps will tell you, they were like, “Yeah, he’d always say, ‘I want to get better at hooks.'” And I feel like I did with this project just by honing in and really saying what I had to say without saying too much.

DX: On that point of saying what you had to say without saying too much, did you feel like it was important to make this an EP rather than a longer body of work?

Brown: Yeah, ’cause the album is so much. There’s so much depth to the album. I’m still trying to figure out how to condense all of that shit. So, I have to give you a piece while I’m trying to figure that situation out.

DX: Got it. You brought up your album. What’s the game plan going forward? Obviously, you’ve got this EP to push now. Are you trying to quickly follow it with the album or is the album way down the line?

DX: You hit the road heavy last year. What was your first tour experience like?

Brown: That shit was amazing. Being 18, I didn’t take it in as much as I should have till I came home. But that’s something, you know I’ll never make that mistake again. I probably should have soaked it up a little bit more, but shit was just moving too fast. You don’t ever really get a chance to soak it in.

DX: To wrap things up, is there anything that you want fans to know about this EP and what it represents for you?

Brown: It’s the start of a new chapter. No, let’s scratch that. Let’s say this is the beginning of forever.