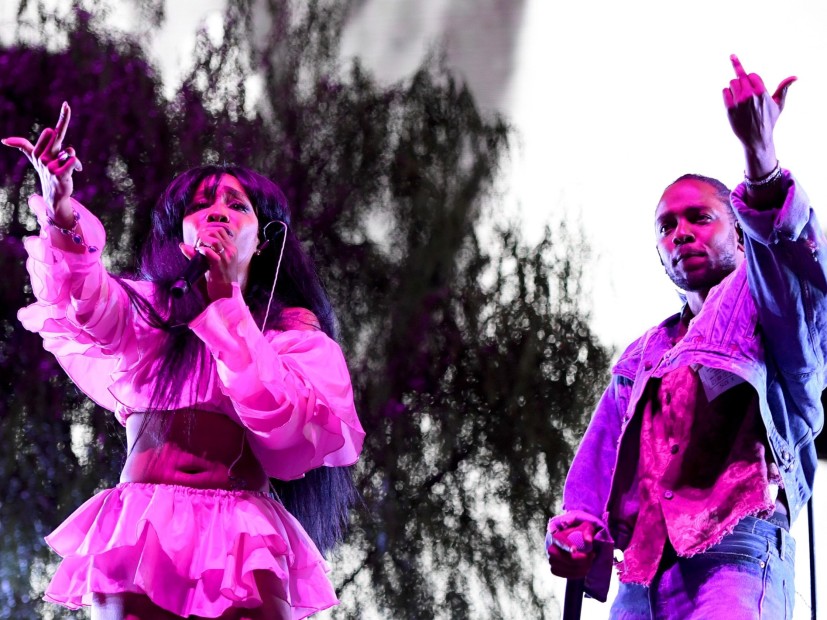 Kendrick Lamar and SZA have reportedly reached a settlement in the “All The Stars” video lawsuit. According to documents obtained by The Blast, court papers filed on December 21 reveal the TDE artists have come to an agreement with artist Lina Iris Viktor to drop the lawsuit against them.

Subsequently, all claims have been dismissed and the entire case is closed.

Back in February, Viktor accused K. Dot and SZA of stealing her artwork used in the video for the Black Panther track.

Kendrick and SZA asked for the lawsuit to be tossed out in July, claiming Viktor’s artwork had nothing to do with the video’s success. They said it was Kendrick’s “worldwide popularity as well as numerous accolades, including a Pulitzer Prize and dozens of Grammys” and the film’s cultural impact that made “All The Stars” a hit.

The visual was released on February 6 of last year and has since racked up over 183 million YouTube views.

Revisit the “All The Stars” video below.

[This article has been updated. The original version was published on July 13, 2018 and can be found below.]

Following the release of Kendrick Lamar and SZA’s video for “All The Stars,” artist Lina Iris Viktor claimed they stole her artwork for the visual roughly six months ago. Subsequently, she filed a copyright infringement lawsuit.

Now, the TDE superstars reportedly want that suit thrown out. According to TMZ, Lamar and SZA filed new legal documents explaining that even if they did use 19 seconds of Viktor’s artwork, that’s not what made the song so profitable.

to begin the new year as I hope to continue, I am very happy to announce that I will be presenting a new suite of works in a solo presentation for The Armory with Mariane Ibrahim Gallery in March 2018. More information forthcoming. via @thearmoryshow Gallery Preview | Working with a minimal color palette, artist @linairisviktor finishes her canvases with the ancient practice of 24-karat gold gilding. Presented by @marianeibrahimgallery, Viktor's works will be on view within the Galleries section of the fair. • • #TheArmoryShow #ArmoryGalleries #LinaIrisViktor #MarianeIbrahimGallery #NewYorkArtFair images: constellations I + works in progress.

They say it’s K. Dot’s “worldwide popularity as well as numerous accolades, including a Pulitzer Prize and dozens of Grammys” that made the song a success. They also reportedly give credit to the massive cultural impact of the Black Panther film.

“All The Stars” was included on Black Panther: The Album, which was curated by Lamar and TDE’s Anthony “Top Dawg” Tiffith.

The scene Viktor has an issue with begins at the three-minute mark and wraps up at the 3:18 mark. She says the gold and black artwork in the background — titled the “Constellations Collection” — belongs to her.

In May, Lamar and camp denied stealing Viktor’s work in court docs filed by their attorneys. [apple_news_ad type=”any”]