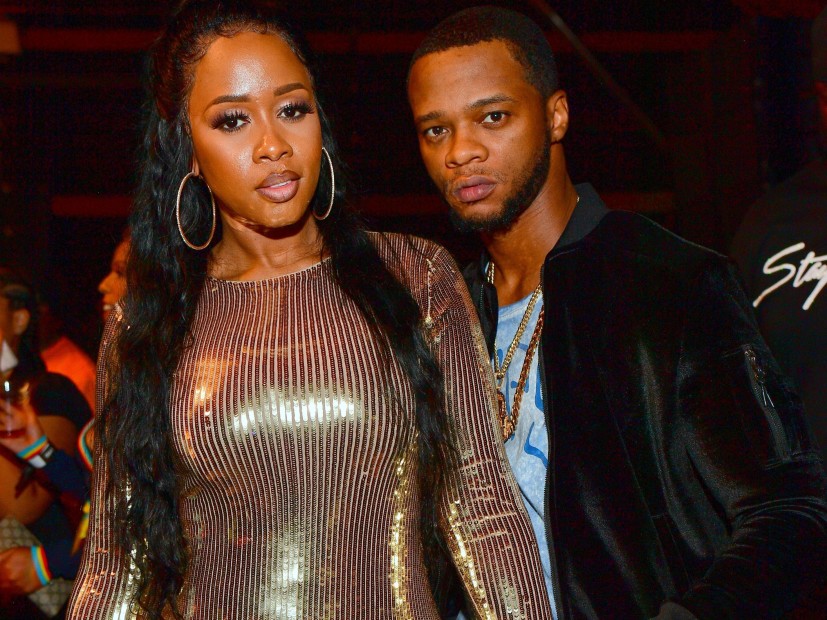 50 Cent commented on Remy Ma’s noticeably slimmer figure over the weekend and her husband Papoose instantly fired back with some comments of his own.

On Sunday (July 8), Remy shared a photo to her Instagram account showing off her recent weight loss and the Power star evidently couldn’t help himself from saying something.

50 Cent play too much. Peek his comment on Remy Ma's IG. pic.twitter.com/X6GvEBBbio

Papoose evidently wasn’t down with 50 Cent’s comments, so he posted an Instagram photo of the Hip Hop mogul holding a sex toy with the caption, “#getthestrapon,” a play on Fiddy’s favorite phrase, “Get the strap.”

Papoose also dragged the mother of Fiddy’s child into it and insinuated that 50 Cent was still a child himself.

“Damn @daphnejoy no wedding yet?” he wrote. “If @50Cent doesn’t Marry you…I’ll introduce you to my homeboy. He’s more mature.”

#Papoose petty for bringing #50Cent’s baby mother into this ??

Once 50 Cent caught wind of Papoose’s antics, he took it upon himself to block Remy on social media. [apple_news_ad type=”any”]

“Remy blocked till she can get control of her husband and shit,” he wrote in the caption. “All I said was she lost weight and pap start tripping. I’m not fighting nobody over their wife now. get the strap.”

Remy and Papoose just renewed their wedding vows earlier this month. During the ceremony, the couple revealed they were expecting a child together.