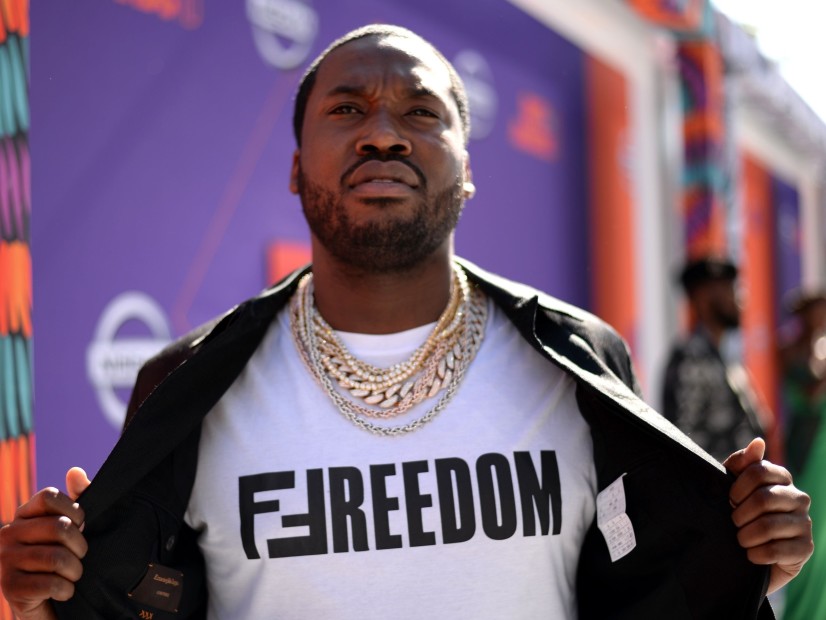 Meek Mill has released Legends Of The Summer, his first project since being released from prison.

The four-track EP is the follow-up to 2017’s Wins & Losses album. Guests on the new release include PnB Rock, Jeremih, Swizz Beatz and Miguel.

View Meek’s Legends Of The Summer stream, cover art and tracklist below.

(This post has been updated. The following was originally published on July 5, 2018.)

In an Instagram post shared on Thursday (July 5), the Philly-bred rapper teased a new project titled Legends Of The Summer. In the caption, he shouts out PnB Rock and Jeremih alongside an audio clip of the new music.

THIS FOR YOU BABY ? @pnbrock @jeremih

Rumors have been floating around online indicating the EP has four tracks and features Swizz Beatz as well as the aforementioned Jeremih, PnB Rock and Miguel.

Legends Of The Summer would mark his first project since his April release from Chester State Prison, where he was serving a two to four-year sentence for probation violations.

The rumored tracklist can be found below.