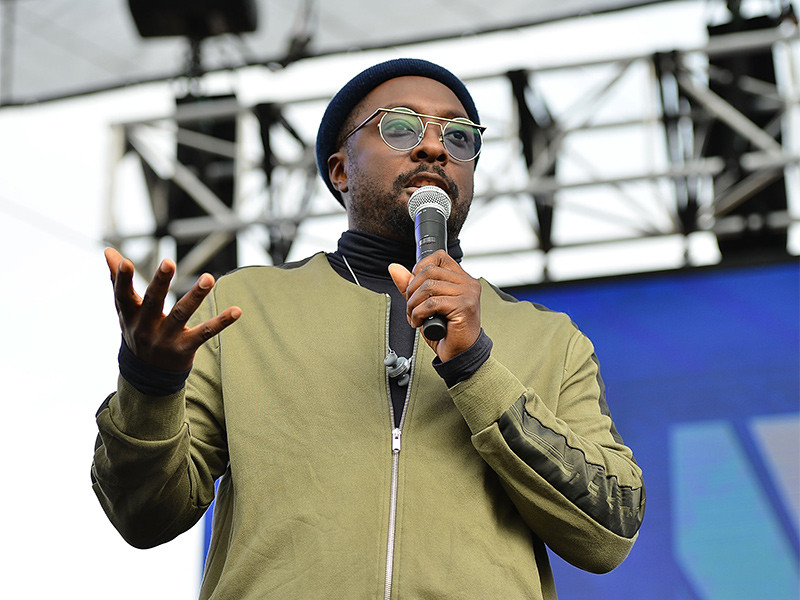 From clubs to stadiums to a world of augmented reality, Black Eyed Peas frontman and mega-producer will.i.am has steadily been working across many realms of Hip Hop.

But long before he was connecting with Marvel Comics for his virtual reality graphic novel “Masters Of The Sun,” Will (under the moniker Will 1X) was a member of underground L.A. group Atban Klann, trying to get a deal at a time when Hip Hop was still perceived as a high-volatility stock.

But sometimes heroes come in the most unlikely form.

Enter David Faustino, who played “Bud Bundy” on hit sitcom Married With Children, and who was an avid Hip Hop head that loved the culture so much he started a club night called Balystix. According to Will, that night was the reason he met and eventually signed with Faustino’s friend and Ruthless Records founder Eric “Eazy-E” Wright.

“I wouldn’t have got my record deal with Eazy-E at 17 years old if it wasn’t for David Faustino,” Will told HipHopDX on the red carpet for the Culture Creators Awards in June. “Being signed to Ruthless came from going to his clubs. There was this cornerstone in L.A. underground culture in 1991-1993 and it was this dope club at the Whiskey [called Balistyx].”

The Whiskey A Go-Go is one of Los Angeles’ most famous night spots and has been featured in movies like Rock of Ages, Airheads and The Doors, but before Balistyx, it was known mostly for its history in the rock n’ roll space.

“[We were rocking] the same stage that The Doors started on and that’s where I got my start,” recalled Will. “I thank David Faustino for being that open minded, and having an all-ages Hip Hop club at that time.”

Black Eyed Peas started on the underground tip before the “Universal Mind Control” producer was rocking stadiums, but according to Will, he was always thinking bigger — even if some of his fellow underground MCs weren’t as determined to make it beyond the Hip Hop subterranean.

“There’s a rap I wrote around that same time when I was 17 years old that was basically my aspirations. ‘Cause everyone at that time was underground. They just wanted to stay underground and keep it real,” said Will, before sharing some of the old verse.

“I wanted to just sponge up my environment,” he added. “Ask questions and apply that knowledge to myself to be able to manifest any thought, to attract different disciplines of talent, whether it’s augmented reality talent, virtual reality talent, artificial intelligence talent and stay independent, not have to rely on a company.”

He continued, addressing the socioeconomic challenges that young creatives face when trying to think big.

“We’re so dynamic that we don’t necessarily have to rely on a giant. Why you gotta rely on a big company? Them companies just started off as little companies and then they became giants. But we’re so hypnotized that we need a stamp of approval or funding. All you got to do is go out and raise money so that means you need proper finance folks, proper deck folks that can really highlight your intellectual property and raise money against that but it’s hard to do that when you’re from the projects because in the projects there’s a check cashing place that means people in that area are not financially literate, they don’t know how to grow money, they just get money and spend money, and when you get money you talk about how you’re spending and burning money. That’s not healthy.”

With his “Masters Of The Sun” project, Will is doing what he has always set out to do: deconstruct the preconceived boundaries of Hip Hop as it relates to all forms of media.

“With ‘Masters of the Sun’ I wanted to try to create and dream in a different paradigm that’s augmented reality, virtual reality rather than doing two-dimensional content. What I call two-dimensional content is like audio is one dimension and then video — that’s two dimensions — while AR and 3R is like three and immersive. ‘Masters Of The Sun’ was one of the first IPs ever created that is made to AR/VR.”