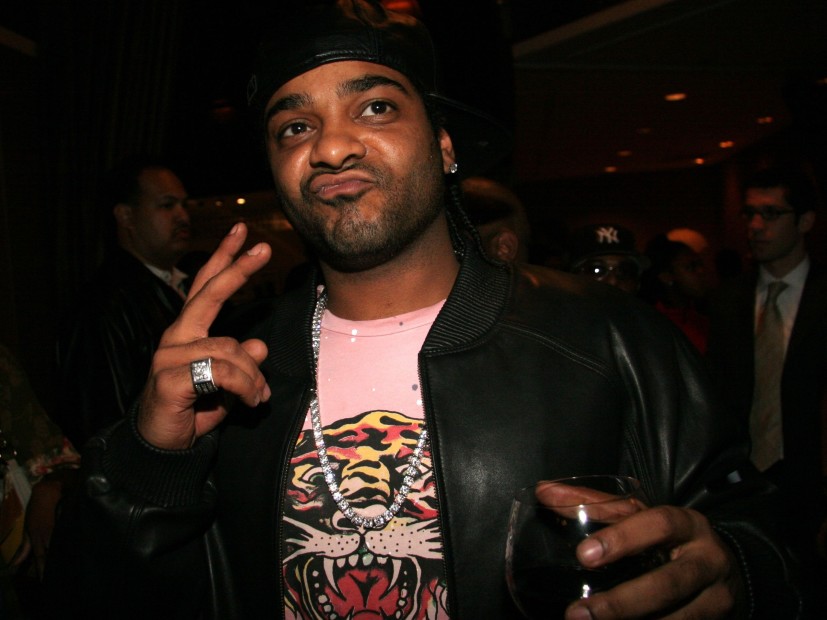 Jones was arrested on drug possession and weapons charges after the Mercedes he was riding in was pulled over. As the officer was conducting the traffic stop, driver Ana Rajnee Miles sped away and led the Atlanta police officers on a short chase.

After finally apprehending Jones and the other three vehicle occupants, investigators searched the car and discovered marijuana, 23 Oxycodone pills and a loaded Titan .25 caliber pistol inside a backpack. They also found a Ruger SR 9mm handgun reported stolen from Dekalb County in March.

In a second backpack, police found a variety of Oxycodone, Percocet, THC oil, Jones’ passport and $148 in what Jones called “petty cash.”

Jones’ arraignment is scheduled for later this month. If convicted on all six charges, he faces up to decades in prison.

[This article has been updated. The original version was published on June 21, 2018 and can be found below.]

According to The Newnan Times-Herald, the Dipset O.G. was apprehended on drug possession and weapons charges. Coweta Country Sheriff’s Office investigator Jeremy Wood spotted a gray Mercedes crossing over into the left hand emergency lane when he decided to pull the vehicle over. Jones was in the backseat.

As the traffic stop was being conducted, the driver of the vehicle, Ana Rajnee Miles, took off and led officers on a brief police chase. Wood pulled in front of the car and the driver reportedly struck Wood’s vehicle intentionally.

Once the four occupants were out of the vehicle, Jones explained Miles was acting “incoherent” and wouldn’t pull over.

Investigators searched the vehicle and discovered 23 Oxycodone pills and a Titan .25 caliber pistol with seven bullets in the chamber tucked inside a backpack.

Weed was also found throughout the vehicle, along with a Ruger SR 9mm handgun reported stolen from Dekalb County in March.

In another backpack, police found a variety of Oxycodone, Percocet and THC oil as well as Jones’ passport and $148 in what Jones described as “petty cash.”

Everyone in the car was taken Newnan Piedmont Hospital to be medically cleared before they were booked into the Coweta County Jail on Thursday morning (June 21).