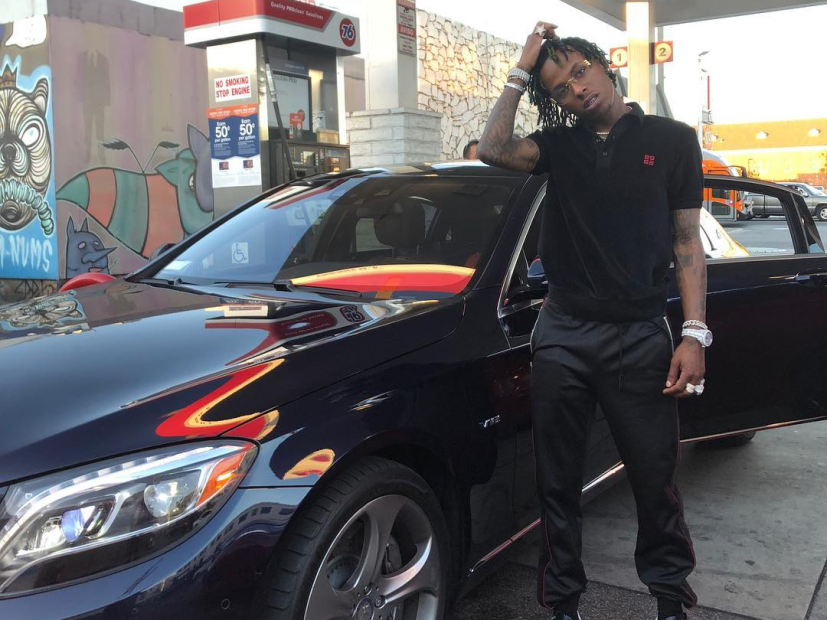 Beverly Hills, CA – It’s only been four days since Rich The Kid got out of the hospital but already he has another problem in his way. The rapper is being investigated for allegedly attacking a photographer outside Beverly Hills steakhouse Mastro’s, according to TMZ. The incident reportedly happened last week, a few days before Rich and girlfriend Tori Brixx were attacked at her home during a robbery.

The site reports that Rich was leaving the steakhouse with a female friend and when he “jogged” out the front door, a photographer asked him if that’s how he ran from Lil Uzi Vert. Footage of an altercation between Rich and his rival Uzi surfaced earlier this month, showing the “Plug Walk” rapper jumping over a counter at a Starbucks to avoid the fray.

The photographer’s reported taunting apparently ticked Rich off enough that the two got into an argument. Rich allegedly punched the photographer and the female friend is accused of running off with the camera. She’s also reportedly being investigated for theft.

On Sunday (June 17), Rich The Kid teased a new video for “Lost It” featuring Quavo and Offset off of his debut album, The World Is Yours.